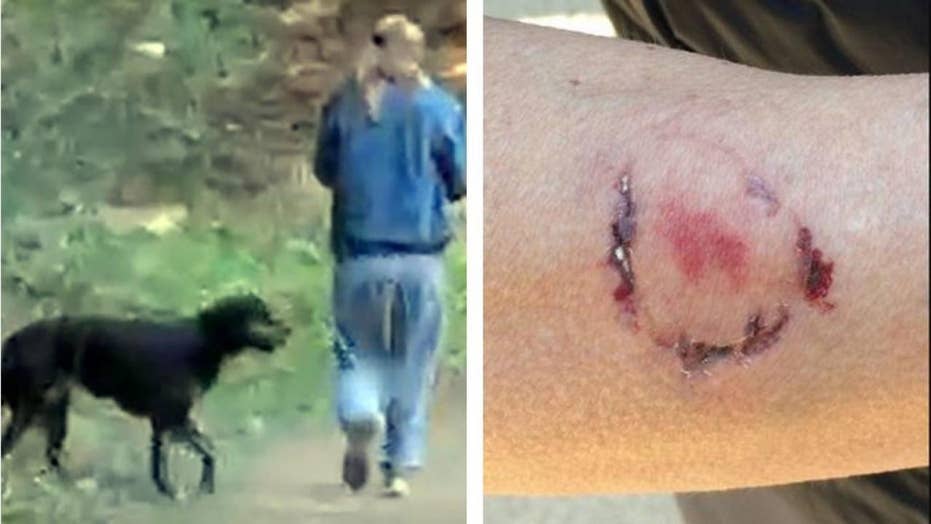 California woman arrested after biting jogger who pepper-sprayed her dog

A California woman was arrested after she bite a jogger who pepper-sprayed her dog according to police.

A California woman was arrested after she allegedly bit a jogger who pepper-sprayed the suspect’s dog to fend off the animal at a San Francisco Bay area park Thursday, authorities said.

Alma Cadwalader, 19, of Oakland, was arrested Friday by police with the East Bay Regional Park District.

The incident began on a trail in Anthony Chabot Regional Park in Castro Valley, when the jogger used pepper spray to defend herself after Cadwalader’s dog tried to attack her.

Cadwalader allegedly confronted the jogger, tackling and punching her.

“The assailant tackled and punched the victim multiple times,” the East Bay Regional Park District Police Department said in a statement, according to KTLA. “As the victim attempted to push her assailant off of her, she was bitten on her forearm by the female, causing significant wounds.”

Cadwalader was booked on suspicion of battery with serious bodily injury, false imprisonment with violence and robbery for allegedly taking the jogger’s pepper spray. It was not immediately clear whether Cadwalader has an attorney.