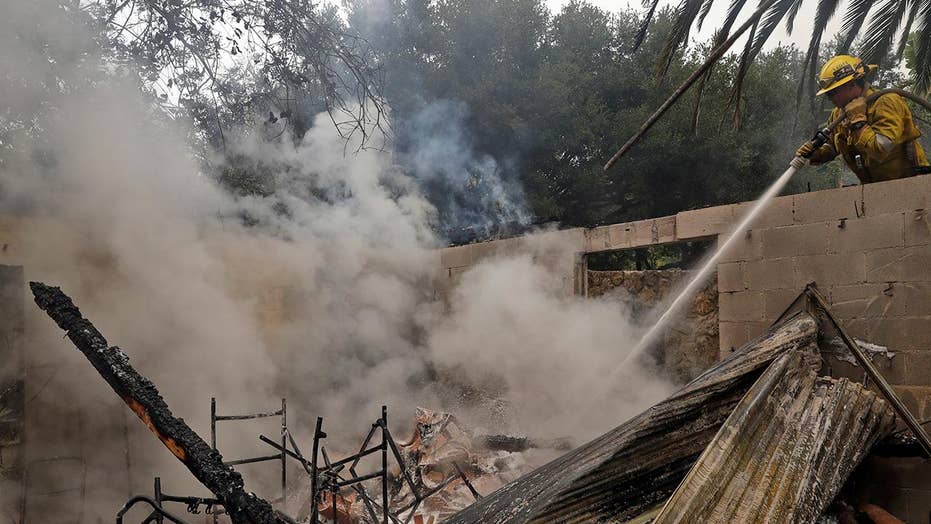 Nearly 7,000 structures have been destroyed.

In the wake of wildfires ripping through parts of California, President Trump emphasized the threat of the flames, urging people to heed evacuation orders and offered his sympathies to those that lost their lives.

Thousands were battling “the Camp and Woolsey Fires in California,” Trump said in a tweet, adding that “our hearts are with those fighting the fires,” evacuees and the relatives of those who were killed.

“The destruction is catastrophic. God Bless them all,” he continued.

At least 11 people were killed statewide due to the wildfires, nine of which were discovered in Northern California, according to The Associated Press.

The blazes across the state were growing “very, very quickly,” Trump said.

“If people don’t evacuate quickly, they risk being overtaken by the fire,” the president warned. “Please listen to evacuation orders from State and local officials!”

The latest tweets from Trump, who is currently in France, came hours after he threatened to withhold federal payments, accusing the state of mishandling the forests.

“There is no reason for these massive, deadly and costly forest fires in California except that forest management is so poor,” he tweeted. “Billions of dollars are given each year, with so many lives lost, all because of gross mismanagement of the forests. Remedy now, or no more Fed payments!

The president’s comments were condemned as a “shameful attack” by California Professional Firefighters President Brian Rice. Trump’s claim that the state’s forest management policies were at fault were “dangerously wrong,” Rice said, adding that wildfires are sparked and spread “by parched vegetation, high winds, low humidity and geography.”

Fierce flames from the Woolsey Fire burning in the southern part of the state were recorded by a woman attempting to escape, KABC reported.

Rebecca Hackett posted the video of her experience on Instagram, writing: “I filmed this today when I was driving on Kanan in Malibu, leaving the barn, I barely made it out. Stay safe out there. Praying for all the people and animals today in this horrific fire.”

The approaching flames “came so quickly” and ultimately forced her to “evacuate,” she said, according to the outlet.

"I drove through flames for about two minutes. I thought I was going to die,” Hackett said. “I'm down in the valley now but there is still smoke everywhere."