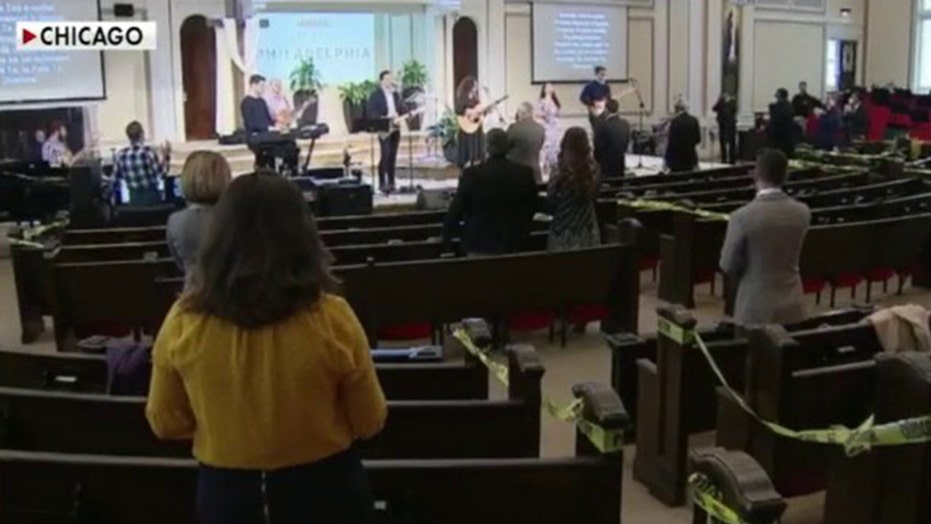 Over 1,000 California pastors vow to hold services as Chicago fines churches in violation of lockdown orders

The 'Outnumbered' panel weighs in on the faith vs. freedom debate happening during the COVID-19 pandemic.

A California man recently released from jail was arrested again Wednesday after allegedly stealing equipment from a local business before trying to sell the items back to the store's owner later that day, authorities said.

Police said they received a call about a burglary at a Riverside store around 10 a.m. The owner told them several hundred dollars worth of camera equipment was stolen.

Earlier that day, the owner -- unaware of the break-in -- had been walking near the store when the suspect, later identified as Johnny Robles, 25, "approached him offering to sell camera equipment," police said in a news release.

Johnny Robles, 25, was accused of stealing camera equipment from a local business before trying to sell it back to the store's owner later that day, authorities said. (Riverside Police Department)

"The owner recognized the equipment as belonging to him and went back to his business where he verified a break-in occurred," according to the Riverside Police Department. "When he came back, he attempted to detain the suspect after calling the police."

When officers arrived at the scene, they said Robles "immediately" fled before he was eventually cornered into a fence and detained. He was safely taken into custody and the stolen property was returned to the victim, police said.

"A records check on the suspect showed he is currently on probation for violence against the police, along with various other violations related to theft, drugs, and resisting arrest," the department added.

Robles had been released from jail “the other day” due to California’s zero-bail order during the coronavirus crisis, the release said, according to Los Angeles's KTLA. It's not clear what he was arrested for before his earlier release from jail.

Following the robbery on Wednesday, Robles was booked into jail for commercial burglary and probation violations. He's being held on $10,000 bail for the violation of probation charge, the department added.