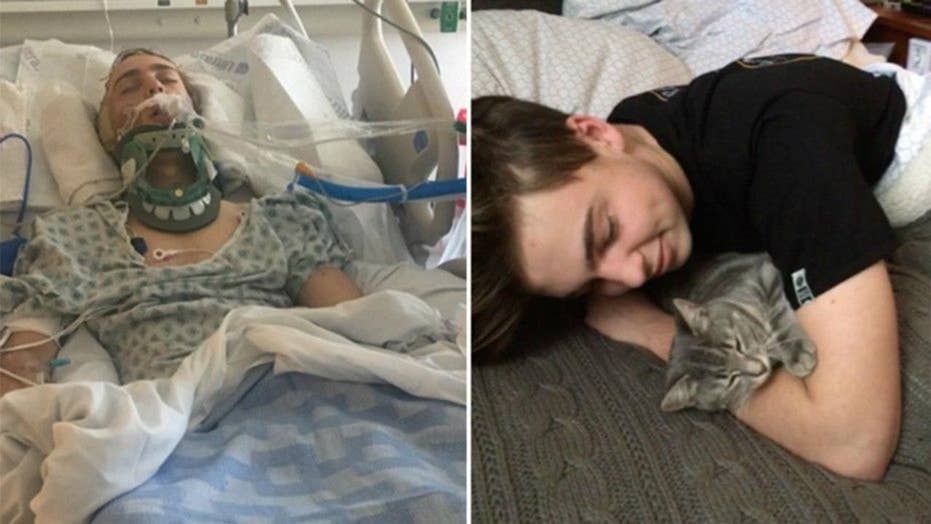 Three teenagers in California were the subjects of a violent hammer attack that occurred earlier this week, authorities said.

Early Monday morning, several individuals whose faces were covered came in through the garage of an Aptos residence and began striking the boys – two 16-year-olds and one 17-year-old – with a hammer, the Santa Cruz County Sheriff’s Office said in a news release.

"Two of them were sleeping so it was immediate. Once they came in the garage the attack happened in a space of about 30 seconds," Sgt. Brian Cleveland said, according to KTVU FOX 2.

AS MANY AS 20 VEHICLES CRASH IN PILEUP AT FOGGY SOUTHERN CALIFORNIA PASS; 15 INJURED

Cleveland reportedly described the attack as “very quick” and “very violent.” The sheriff’s office said the individuals snagged multiple items before fleeing in an unknown vehicle.

All three teens suffered head injuries. The 17-year-old remained in critical condition after being brought to a trauma center, the sheriff’s office said, while the others received medical treatment and were released.

According to KTVU FOX 2, a GoFundMe account was created on behalf of the 17-year-old, whose name is Alex, according to the website. The listing said the teen “sustained major head trauma, a severe skull fracture and was placed into a medically induced coma after having multiple seizures en route to the hospital.”

Authorities did not immediately identify a motive for the incident.

"This is a very targeted attack. It could be for a variety of reason," Cleveland said, according to KTVU FOX 2. “We don't want to focus our investigation on just one aspect right now.”

The sheriff’s office offered a limited description of the masked suspects, saying they were men who were 18-20 years old.