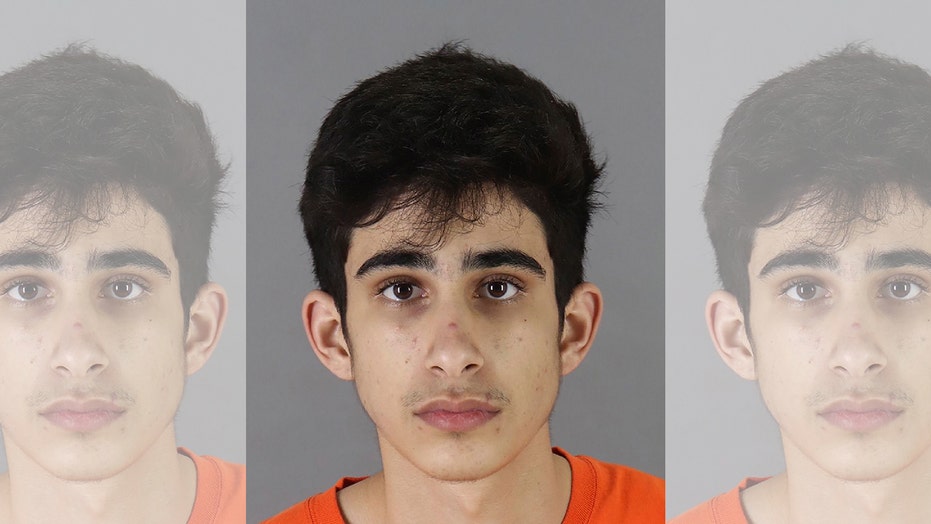 A dog poop prank among friends nearly turned deadly after a driver, enraged by damage to his car, struck an innocent group of pedestrians in California.

Police in Burlingame said they responded to Howard Avenue and Clarendon Road around 5:20 p.m. Saturday after an SUV reportedly crashed into four teenagers on the sidewalk.

Two of the teens were seriously hurt, and two others suffered moderate injuries, police told the Mercury News.

Omeed Adibi, of San Mateo, Calif., was arrested after seriously injuring two teens after being enraged by damage done to his car during a "prank" striking an innocent group of pedestrians Saturday, Feb. 29, 2020, he wrongly believed were responsible, police in Northern California said. (San Mateo County Sheriff's Office via AP)

The driver, 18-year-old Omeed Adibi, of San Mateo, was arrested.

Lt. Laura Terada told the newspaper that Adibi targeted the teenagers after allegedly believing they had tampered with his car. She said he wanted to get back at them.

However, the investigation later showed that it was a group of his own friends who had placed dog poop in his car as a prank on him, KPIX reported.

“It was a case of mistaken identity,” Terada told the Mercury News.

Adibi was arrested soon after fleeing the scene of the crash. He was booked on charges of attempted murder, assault with a deadly weapon and driving under the influence.