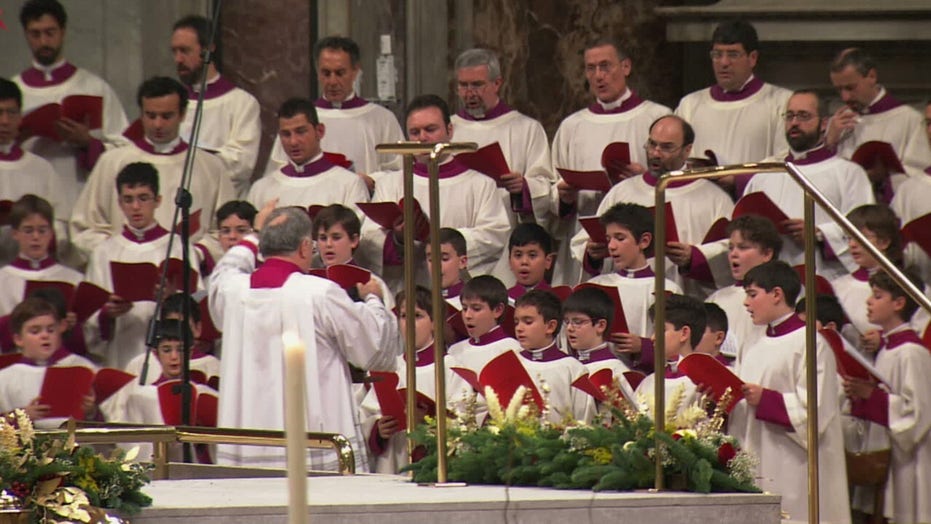 Church leaders are speaking out agaist a new ban on singing and chanting in California houses of worship. Center for Disease Control and Prevention officials point to singing as a proven way to spread a virus. The ban order the discontinution singing and chanting activities and limit indoor attendance to 25 percent of building capacity or a maximum of 100 attendees.

Faith leaders are speaking out after California Gov. Gavin Newsom banned singing and chanting in houses of worship last week due to a surge in coronavirus cases following weeks of protests.

“Places of worship must, therefore, discontinue singing and chanting activities and limit indoor attendance to 25 percent of building capacity or a maximum of 100 attendees, whichever is lower,” the new guidelines read as state health officials recommend churches have members sing online from their homes.

Center for Disease Control and Prevention officials point to singing as a proven way to spread a virus as the Golden State recorded more than 11,700 new COVID-19 cases Sunday, the highest single-day count of any state. With over 271,000 confirmed cases and at least 6,366 deaths, California now has the second-highest number of cases behind New York.

Family members hold hands as they pray at the first English Mass with faithful present at the Cathedral of Our Lady of the Angels in downtown Los Angeles, Sunday, June 7, 2020. Catholic parishes throughout the Archdiocese of Los Angeles suspended public Mass in March amid the coronavirus outbreak. (AP Photo/Damian Dovarganes)

Sean Feucht, a worship leader at Bethel Church who also leads several non-profits in Northern California, called the order an "unprecedented attack" on the freedom of worship and said he is defying the Democrat governor's ban.

"For the last several weeks, tens of thousands of people have been gathering outdoors in cities all across California and they have been screaming and chanting and protesting, and all the while state officials are encouraging them as they do this," Feucht said.

"And then now, as the church wants to gather just like we've been doing for thousands of years to simply worship God, they bring the hammer down against us," he added. "It's just, can you see the hypocrisy and how insane this is? ... It really is time that we take a stand and that we fight back."

The 36-year-old father of four started a "Let Us Worship" petition signed by at least 5,000 on his website. He compared Newsom to Pharoah in the biblical story, reading a verse from Exodus, "This is what the Lord says, 'Let my people go, so that they may worship me.'"

In a post on his Instagram, he shared a post showing images of him leading "illegal worship" in Iraq in 2016, in North Korea in 2010, and in California on Friday night.

"We've spent the last 20 years mobilizing worship in places where it is illegal. Never in my life would I believe that it would be California in 2020," he wrote.

The Rev. Samuel Rodriguez, who is a member of the National COVID-19 Recovery Commission, called Newsom's order "completely discriminatory."

"How can you permit, not for one day, but for many days, tens of thousands to march in protest without wearing masks and then demand that 100 worshipers refrain from singing?" Rodriguez, the president of the National Hispanic Christian Leadership Conference, wrote in a post on Instagram.

Pastor Les Simmons of South Sacramento Christian Center said his church will do all they can to protect the flock but notes that singing is a cornerstone of services.

“In particular, the black culture, singing in churches goes all the way back from 400 years ago during slavery up until now,” Simmons told KCRA. “Singing was our thing that got us through.”

Mendocino County first banned singing for worship services on Good Friday ahead of Easter, limiting houses of worship to four individuals for recording online services and other restrictions. The order was swiftly condemned by a prominent leader in the Southern Baptist Convention, the largest Protestant denomination in the United States, who said it violated the "integrity of Christian worship."

After President Trump declared houses of worship "essential" in May, Newsom announced guidelines for reopening with approval from county health officials and limiting attendance to 25 percent of capacity or 100 people, whichever is less.