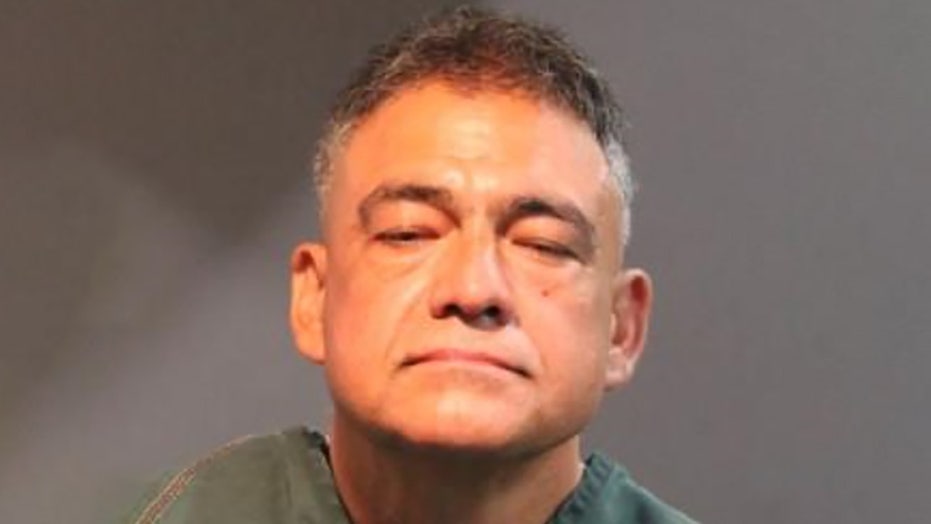 A California gang member with a criminal record spanning more than three decades is in custody again Wednesday after abducting an 82-year-old so he could be taken on a shopping spree, police say.

The city’s police department told Fox 11 that it began when the victim walked in while Arechiga was burglarizing his home. He was choked and threatened that his wife would be killed if he didn’t cooperate, police said. The victim, thinking his wife was home, then got into his car with Arechiga, according to Santa Ana Police Cpl. Anthony Bertagna.

Surveillance video released by police showed Arechiga standing next to the victim inside one store while the man used his credit card to buy a pile of clothing.

Investigators eventually were contacted by the victim’s family after they “received alerts about unusual activity on the victim’s credit card.”

Then “the victim’s son tracked his location via his cell phone and located the victim sitting in the passenger seat of his vehicle," Santa Ana Police said in a statement.

"So he went and found his father and while the crook had gone into another store the son calls us and the suspect splits," Bertagna told Fox 11.

Arechiga was arrested three days later inside the home of one of his own family members after police responded to a domestic disturbance call and recognized him as the suspect wanted in the shopping spree, police say.

Bertagna told Fox 11 that while Arechiga was being arrested, he still was in possession of the victim’s credit card.

Arechiga is now being held at $1,300,000 bail and is set to be arraigned July 14. Police said he is a “documented Santa Ana gang member” and his past arrests include robbery and assault on a peace officer.