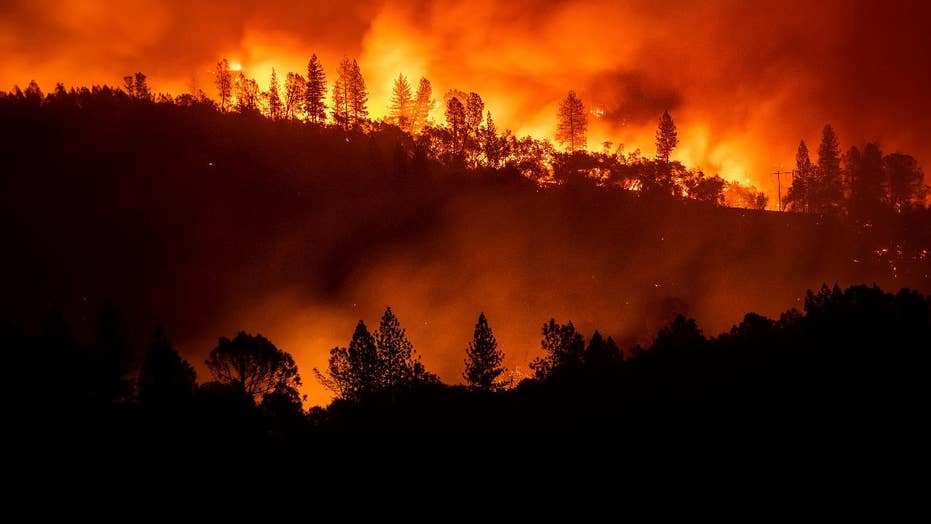 The Camp Fire is on track to be California's deadliest wildfire; Claudia Cowan reports from Paradise, California.

Some 200 California inmates are helping to combat the Camp Fire in Butte County that has killed nearly 30 people and left 228 unaccounted for since it began last Thursday, CNBC reported.

The California Department of Corrections and Rehabilitation (CDCR) has a program that pays the inmates $1 an hour to fight active fires and earn time off their sentences, the report said.

Through the program, roughly 2,000 inmates helped battled the Mendocino Complex Fire that incinerated 350,000 acres and 146 homes in August. It was the deadliest fire in California's history before being surpassed by the Camp Fire.

The volunteer inmates selected for the program are carefully evaluated, a CDCR told the network. The volunteers must be “team members with nonviolent behavior, even if their original conviction was for a violent crime,” a  CDCR representative said. Inmates who have committed arson, rape or sex offenses, are not considered.

CDCR works with CAL FIRE and the Los Angeles County Fire Department to jointly run 44 conservation "fire" camps across 27 countries, according to its website. Today, around 3,700 inmates participate in the program.

Proponents argue it saves the state between $90 and $100 million a year and helps inmates learn new skills while working in a team environment.

Critics, however, have said the skills learned will do little to help inmates find work after their release.