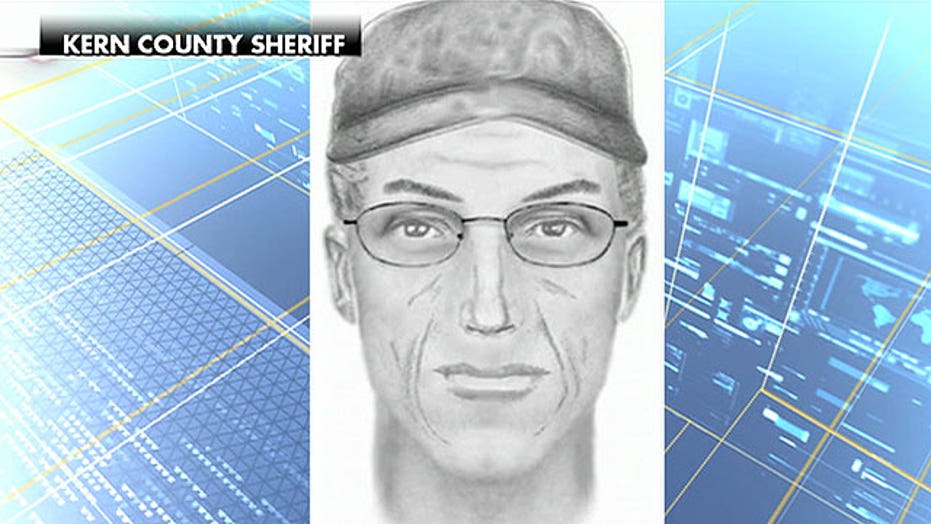 Manhunt under way for gunman in central California

California sheriff’s deputies have shot and killed a man believed to be the target of a 2-week-long manhunt in the mountainous high desert terrain of Central California.

A man who matched the description of Benjamin Peter Ashley, 34, was struck by two deputies who tried to stop him on a road, Kern County sheriff’s spokesman Ray Pruitt said.

He was shot after he brandished a gun, Pruitt said.

"We have not positively identified him, but all indications are it is the suspect we were looking for," Pruitt said.

Scores of law enforcement officials from various agencies have been searching a remote area of the state about 30 miles east of Bakersfield for Ashley. He’s suspected of killing a retired dentist, taking three men hostage and wounding two deputies.

The crime spree began on July 28 when a gunman took three men hostage in the Twin Oaks area after they confronted him about squatting on their property. Authorities said the suspect held the men for more than an hour and threatened to kill them before they escaped.

Two days later, David Markiewitz, 64, was found dead in another cabin in Jawbone Canyon, about 10 miles away.

Two SWAT team members were shot and wounded by a shotgun-wielding man on Aug. 1 as they searched a mobile home in Kelso Valley for Ashley. One deputy was shot in both arms, and the other was grazed.

During the manhunt, authorities warned residents to stay inside and lock their doors and windows. Two elementary schools and a middle school were shut.

The 5-square-mile search area is dotted with unoccupied homes and trailers, outbuildings, abandoned mines and caves and other hiding places