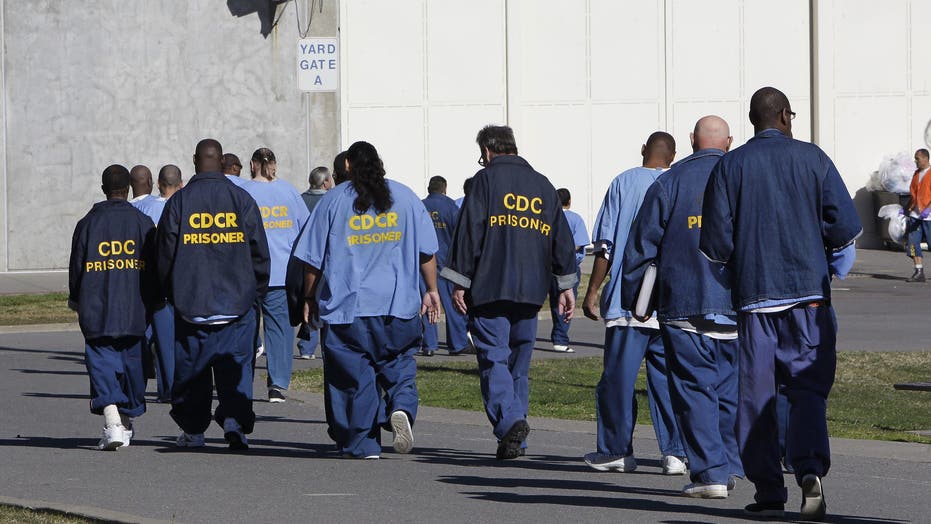 SACRAMENTO, Calif. (AP) — California is giving 76,000 inmates, including violent and repeat felons, the opportunity to leave prison earlier as the state aims to further trim the population of what once was the nation’s largest state correctional system.

More than 63,000 inmates convicted of violent crimes will be eligible for good behavior credits that shorten their sentences by one-third instead of the one-fifth that had been in place since 2017. That includes nearly 20,000 inmates who are serving life sentences with the possibility of parole.

The new rules take effect Saturday but it will be months or years before any inmates go free earlier. Corrections officials say the goal is to reward inmates who better themselves while critics said the move will endanger the public.

Under the change, more than 10,000 prisoners convicted of a second serious but nonviolent offense under the state’s "three strikes" law will be eligible for release after serving half their sentences. That’s an increase from the current time-served credit of one-third of their sentence.

Also as of Saturday, all minimum-security inmates in work camps, including those in firefighting camps, will be eligible for the same month of earlier release for every month they spend in the camp, regardless of the severity of their crime.

The changes were approved this week by the state Office of Administrative Law.

"The goal is to increase incentives for the incarcerated population to practice good behavior and follow the rules while serving their time, and participate in rehabilitative and educational programs, which will lead to safer prisons," department spokeswoman Dana Simas said in a statement.

FILE - In this Feb. 26, 2013, file photo, inmates walk through the exercise yard at California State Prison Sacramento, near Folsom, Calif. California is giving 76,000 inmates, including violent and repeat felons, the opportunity to leave prison earlier as the state aims to further trim the population of what once was the nation's largest state correctional system. The new rules take effect Saturday, May 1, 2021, but it will be months or years before any inmates go free earlier. (AP Photo/Rich Pedroncelli, File)

"Additionally, these changes would help to reduce the prison population by allowing incarcerated persons to earn their way home sooner," she said.

Simas provided the emergency regulations and estimates of how many inmates they will affect at the request of The Associated Press.

Simas said the department was granted authority to make the changes through the rulemaking process and under the current budget. By making them "emergency regulations" the agency could impose the new rules without public comment.

The department now must submit permanent regulations next year. They will be considered a public hearing and opportunity for public comment.

Kent Scheidegger, legal director of the Criminal Justice Legal Foundation that represents crime victims, said the notion that the credits are for good behavior is a misnomer.

"You don’t have to be good to get good time credits. People who lose good time credits for misconduct get them back, they don’t stay gone," he said. "They could be a useful device for managing the population if they had more teeth in them. But they don’t. They’re in reality just a giveaway."

"He’s doing it on his own authority, instead of the will of the people through their elected representatives or directly through their own votes," Nielsen said. "This is what I call Newsom’s time off for bad behavior. He’s putting us all at greater risk and there seems to be no end to the degree to which he wants to do that."

California has been under court orders to reduce a prison population that peaked at 160,000 in 2006 and saw inmates being housed in gymnasiums and activity rooms. In 2011, the U.S. Supreme Court backed federal judges’ requirement that the state reduce overcrowding.

The California Institution for Men prison fence is seen on August 19, 2009 in Chino, California. (Getty Images)

The population has been declining since the high court’s decision, starting when the state began keeping lower-level felons in county jails instead of state prisons. In 2014, voters reduced penalties for property and drug crimes. Two years later, voters approved allowing earlier parole for most inmates.

Before the pandemic hit, the population had dropped to 117,00 inmates. In the last year, 21,000 more have left state prisons — with about half being held temporarily in county jails.

Many Democratic lawmakers and advocacy groups have been calling for further releases or shorter sentences. Californians United for a Responsible Budget, for instance, earlier in April said the state should shutter at least 10 more of its 35 prisons.