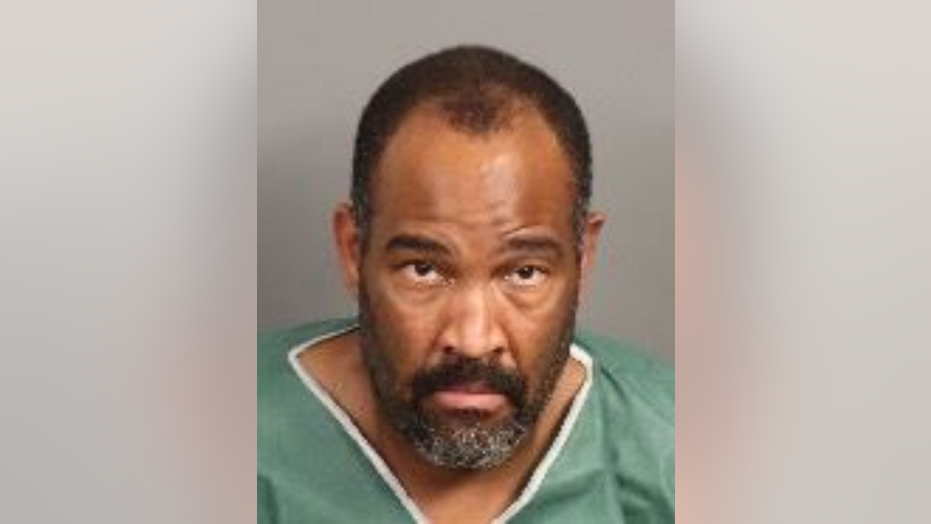 A Southern California driver was arrested Thursday, one day after stabbing his estranged pregnant wife in a church parking lot, then crashing his car, stabbing a good Samaritan who came to his aid, and then tossing his 1-year-old child off a cliff to her death, police said.

Police initially detained Adam Slater, 49, Wednesday after tracking him down following the incident, from which he fled on foot. The suspect was transported to a local hospital for injuries from the crash, while the assisting bystander reportedly sought medical attention on his own.

Adam Slater, 49, crashed his car, stabbed a good Samaritan and tossing his daughter off a cliff to her death, authorities say. (Riverside County Sheriff's Department)

“I held her in my arms the day before,” Michael Grome, the girl’s grandfather, said Thursday, according to The Los Angeles Times. “She was just taking her first steps.”

Earlier Wednesday, around 8:30 a.m., police had responded to a stabbing at a church parking lot in Indian Wells, where they found an injured woman, identified to be Slater's wife, Ashley Grome, 23, according to KESQ-TV of Palm Springs.

Police identified Slater as her attacker, the Riverside County Sheriff's Department said in a news release. She was transported to a local hospital and was in stable condition Thursday. Police originally said her relationship to Slater wasn't clear.

Michael Grome, the woman's father, claimed his daughter was married to Slater but had moved out last month in fear for her safety.

He added that his daughter had told him about the incident at the church with Slater.

"You’re dying today. We’re all dying today," Slater allegedly told her after climing into her car, the L.A. Times reported. She was reportedly six months pregnant with another child fathered by the suspect.

About 30 minutes later, CHP officers responded to the collision off Highway 74, south of Vista Point. The vehicle was similar to the description from the previous stabbing, police said.

"Witnesses went to the aid of the occupants of the overturned vehicle several hundred feet from the roadway," the release said. "The driver then ran to the passenger side of the vehicle, where he stabbed a male who had assisted getting a young girl from the vehicle."

Slater then took his daughter from the arms of the good Samaritan he had stabbed, police said. Then multiple witnesses saw Slater throw the child over a steep cliff into a ravine before he fled on foot into the canyon, they added.

"My daughter was the absolute love of my life and she meant everything and more to me," Ashley wrote on a crowdfunding page for the family. "Everything I did and everything I will do for the rest of my life is for her."

Slater was arrested and booked for murder upon his release from the hospital.

He was booked at the John J. Benoit Detention Center in Indio at 6:48 p.m., Thursday, jail records showed.

Anyone with any information is asked to call Investigator Munoz with the Central Homicide Unit at 951-955-2777, according to the news release.