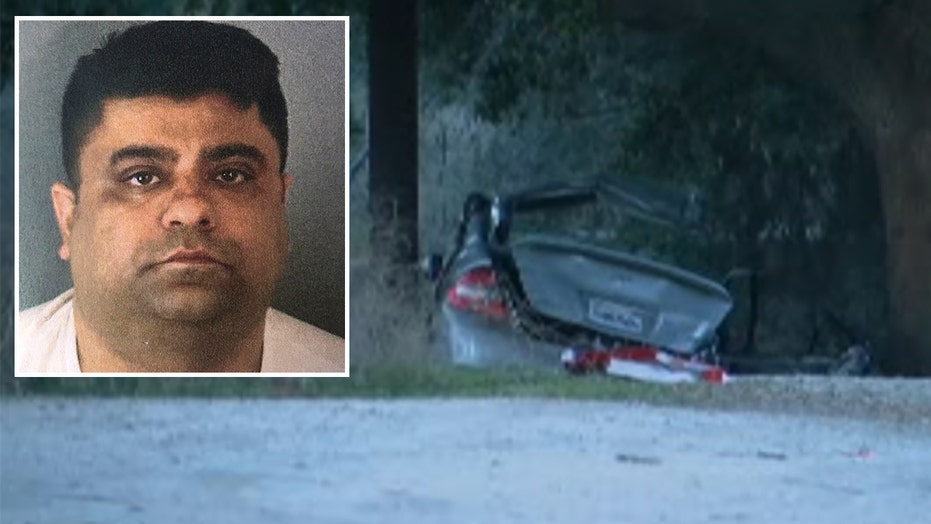 A California man is facing charges in a crash that killed three teens Sunday night after the group apparently played the "ding-dong ditch" prank on him, a victim’s mother said.

Debbie Ruiz, the mother of Drake Ruiz, a 16-year-old passenger who was among the boys killed when their Toyota Prius was struck, went off the road and slammed into a tree in Temescal Valley, spoke to reporters Monday night.

Ruiz said her son and his five friends rang the bell of a house in a prank while on their way to a birthday party, according to FOX11 Los Angeles.

“The boys were playing ding-dong ditch at a house they thought was somebody their age — but it turned out to be that angry man,” she said, referring to 42-year-old Anurag Chandra.

Sergio Campusano, the 18-year-old driver, told KNBC-TV that a man who answered the door got into his white Honda Infiniti and chased after them when they drove away.

A witness chased the Infiniti and alerted California Highway Patrol officers who found it parked, with substantial front-end damage, at a nearby home. Officers then arrested Chandra on suspicion of murder and assault with a deadly weapon.

The boys' Toyota Prius was struck, went off the road and slammed into a tree in Temescal Valley, about 60 miles southeast of downtown Los Angeles. (KTTV FOX Los Angeles)

While police have not released a motive, they said Chandra “intentionally” caused the crash.

"It was an intentional act," CHP Lt. David Yokley told reporters Monday. "Our investigation led us to believe Mr. Chandra intentionally rammed the Prius, causing the driver to lose control."

The crash killed Ruiz and his two friends, Daniel Hawkins and Jacob Ivascu, all 16, according to the Riverside County coroner’s office.

Campusano survived along with 13-year-olds Joshua Hawkins and Joshua Ivascu, the younger brothers of Daniel and Jacob.

Chandra remained jailed without bail on Wednesday. It wasn’t clear whether he had a lawyer who could speak on his behalf.