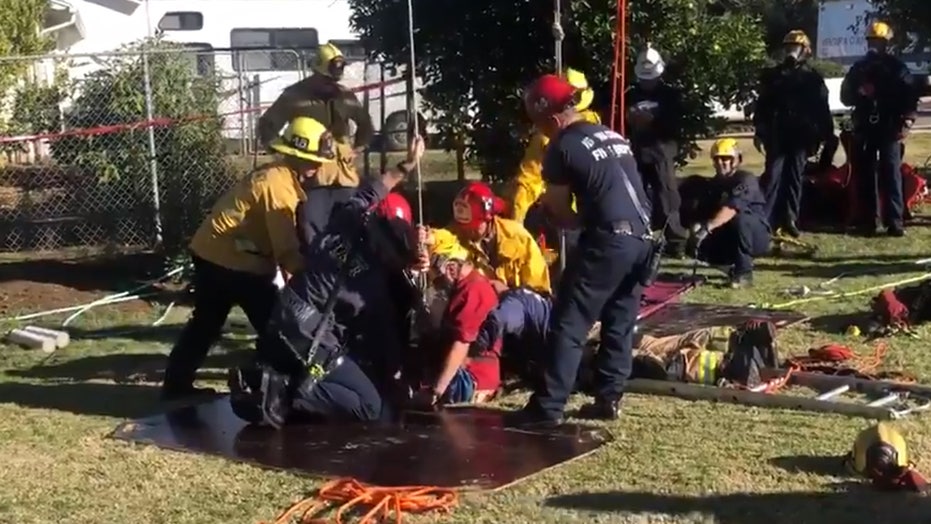 California firefighters rescued an 87-year-old man who fell down an abandoned 25-foot well in his front yard.

Ron Sparks was mowing the lawn Monday afternoon in Simi Valley, outside Los Angeles, when he noticed an indentation in the grass and stepped on it, KCBS reported.

“And that’s the end of that story,” daughter Merrilee Kaszacs told the station. “He said it was like a bad ride at Magic Mountain.”

After falling, Sparks reportedly battled to keep from sinking in the mud at the bottom. He suffered scrapes and a broken ankle in the fall.

Sparks hollered for help for 30 minutes until a caregiver heard him as she pulled up to a neighbor’s house, the station reported.

The Ventura County Fire Department’s specialized urban search and rescue team got him out of the well after lowering rope which Sparks used to keep from sinking deeper in the mud, according to the station.

The fire department posted a short video of the rescue on Twitter.

A fire department spokesman said the well had been covered over for 35 years and people had forgotten about it.

“Well, I’m home after a great adventure,” Sparks told the station by Skype.