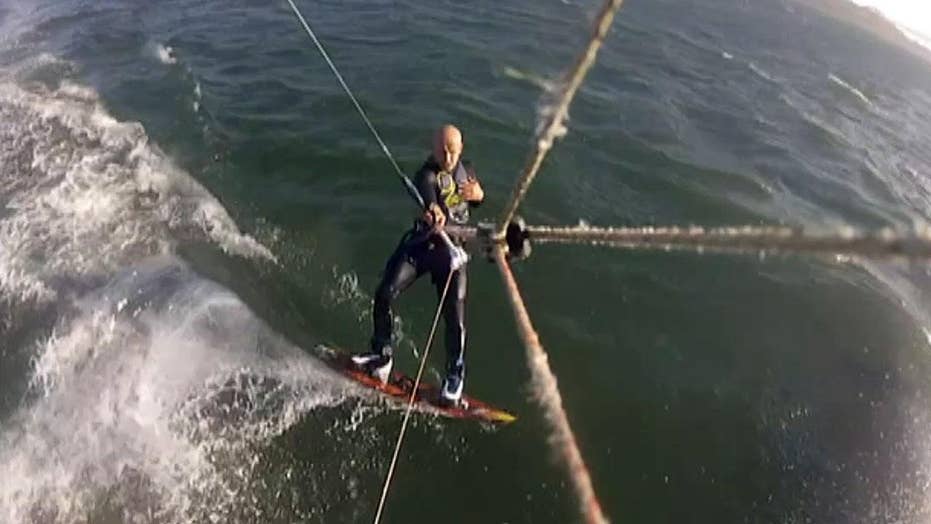 An average day in the water for a kiteboarder in California became a memorable one when he boarded straight over the back of a humpback whale.

In a video posted to Facebook by Andrei Grigoriev last month, the kiteboarder can be seen surfing normally when his board suddenly glides over a humpback whale.

The incident took place off the coast of San Francisco’s Crissy Field Beach.

Grigoriev wrote on Facebook that the whale “appeared to hit him twice.”

“First drifted underneath, scaring the hell out of me, then made a turn and in 15 seconds came back on high speed, splashing fountains and rolling,” Grigoriev said. “These guys r playing it hard.”

The kiteboarder appeared surprised after he collided with the whale, looking at the camera and waving his arms in excitement.