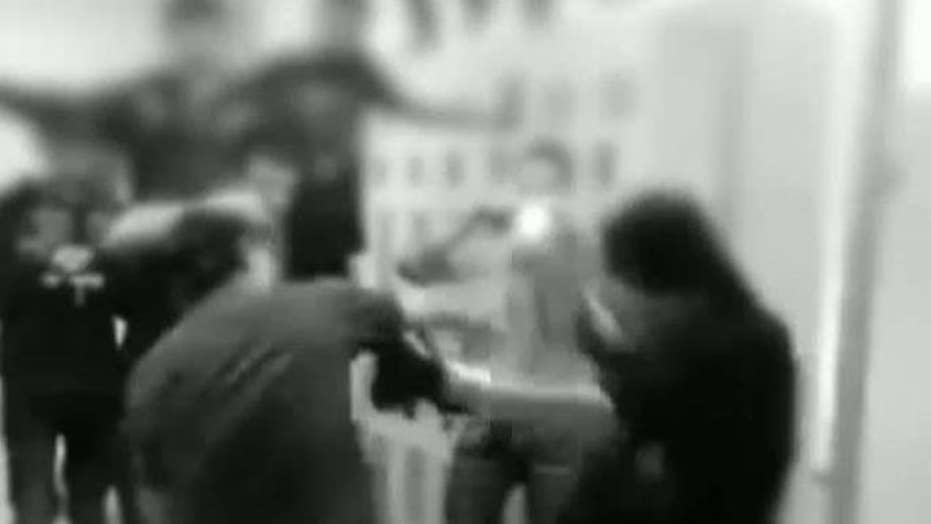 Teens seen punching each other in video

Fox40 Sacramento reports that the investigation involves students at Nevada Union High School in Grass Valley and could lead to suspensions.

"We need to do a little bit more work with the education of our students about the seriousness of potential head injury,” District Superintendent Louise Johnson told the station Friday.

The fight club brawls were recorded with cellphones and posted on social media, where a parent found them, the station reported.

KTRK-TV aired one video, which shows a student punching another in the face. Students laugh throughout the video, according to the station.

Johnson told the Union of Grass Valley the video obtained by the district appears to have been shot in October.

“We know that some of this was going on earlier in the fall,” she said.

YubaNet.com, which broke the story last week, reported that the fights were taking place at the high school in a dilapidated locker room used by the boy’s baseball team.

Some of the brawlers appear to be members of the baseball team, wearing uniform pants, the news website reported.

The videos can no longer be seen on social media, Yuba.Net reported.

Senior James Herlitz told Fox40 some of the students in the videos were friends. He said their actions may have been misguided but it was “just some guys having fun.”