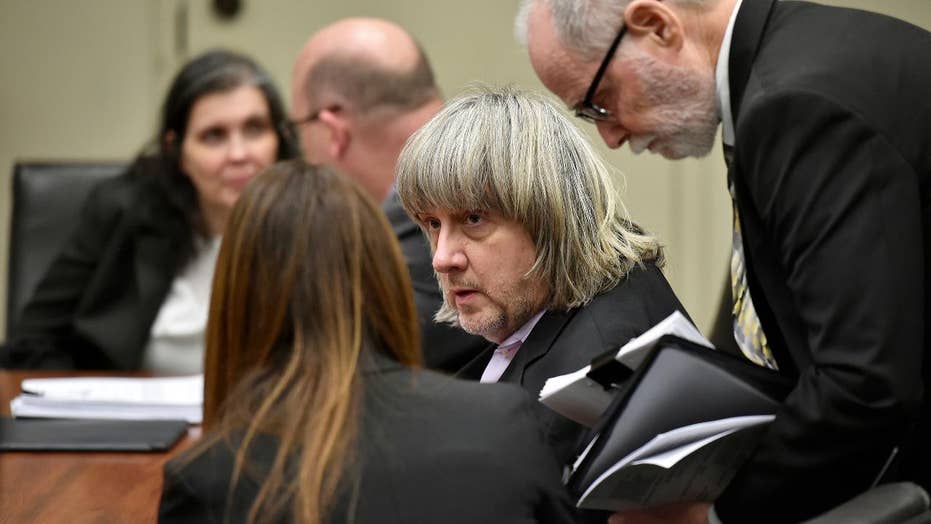 The California house where a couple allegedly shackled and tortured many of their 13 children — later uncovered when their 17-year-old daughter escaped in January — was put up for sale on Saturday, a report said.

David and Louise Turpin’s house, dubbed the “house of horrors,” in Perris was put up for bid, with the minimum set to $177,255, The Press-Enterprise reported Saturday. The bidding, which ends Wednesday, had exceeded $202,000 by Sunday morning for the house with an appraised value of $353,138.

The 2,386-square-foot home has four bedrooms, three bathrooms and was built in 2013, according to the auction page on Hudson and Marshall. The home was foreclosed in November.

The auction makes no mention of the Turpins’ alleged crimes that led to their arrests on Jan. 14. A customer service rep for Hudson and Marshall told the Press-Enterprise the company plans to put the information about the past history.

The couple is expected to go on trial next September and face a combined 88 charges that include torture, child cruelty and false imprisonment. David Turpin, 57, and Louise Turpin, 49, were arrested after their teenage daughter jumped out of a window and used a cellphone to call 911. Several of their children were found “shackled to their beds with chains and padlocks in dark and foul-smelling surroundings,” police said.

The children ranged in age from 2 to 29 and appeared on the verge of starvation when they were rescued by police in January. Doctors said the children, now eight of them adults, suffer from various levels of cognitive and physical impairment.

PARENTS AT CALIFORNIA HOUSE OF HORRORS HAD 'GOD CALL ON THEM', FAMILY SAYS, AS DETAILS OF THEIR PAST EMERGE

Prosecutors alleged the children were subjected to “frequent beatings” and “even strangulation,” and weren’t allowed to be unshackled to go to the bathroom. They also allegedly were allowed to take only one shower a year.

The Turpins have pleaded not guilty on all the charges.