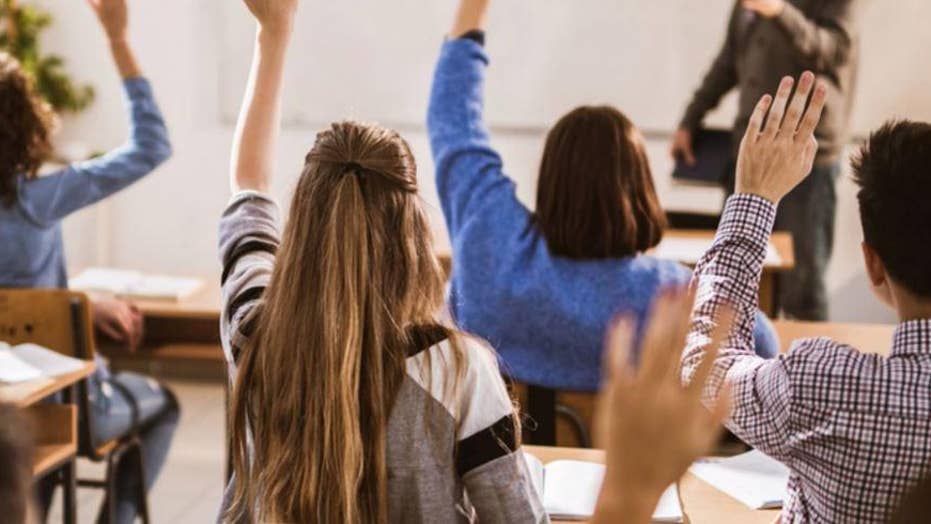 The profile of Caitlin Fink – a senior at Bear Creek High School in Stockton – ran in The Bruin Voice Friday following a weeks-long dispute between the Lodi Unified School District and the student editors and longtime advisor of the newspaper, English teacher Kathi Duffel. The Bay Area district’s superintendent reportedly wrote a letter to Duffel in mid-April threatening that she could be fired unless she turns over a copy of the article for review by administrators, prior to its publishing.

“This is a whole new level of district administrators who have lost their minds, quite frankly,” The Bruin Voice – whose motto is “The Voice Shall not be silenced” – quoted Duffel as saying this week.

“Throughout their high school years, students are often told to follow their dreams and pursue what they love,” the article states. “Despite encountering obstacles — such as a difficult freshman year and leaving her house — Caitlin Fink, an 18-year-old senior at Bear Creek who recently started a career in adult entertainment, is doing just that.”

However, while managing editor Bailey Kirkeby was doing research for the story, district officials somehow got word and raised concerns about whether its contents would violate California’s education code. They reportedly warned the student newspaper not to publish the story until administrators could take a look.

“The district has received information that [the] interview will focus primarily on her production of adult videos,” Superintendent Cathy Nichols-Washer wrote to Duffel on April 11, according to The Record newspaper in Stockton. “Given this focus, the district is reasonably concerned that the article may contain material prohibited by Education Code section 48907.

“Accordingly, should you fail to provide a copy of the article as directed, you may be subject to discipline, up to, and including dismissal,” the letter added.

Education Code section 48907 states that California’s public school students have the right to freedom of speech and the press, but publishing content that is “obscene, libelous, or slanderous” is prohibited.

“Also prohibited shall be material that so incites pupils as to create a clear and present danger of the commission of unlawful acts on school premises or the violation of lawful school regulations, or the substantial disruption of the orderly operation of the school,” it adds.

School district officials in California tried to get the Bear Creek High School's student newspaper to turn over the contents of the article for a review, before it was published. (Google Maps)

In their response to the superintendent, Duffel and the newspaper’s seven student editors, according to The Record, accused officials of mischaracterizing the focus and intent of the article.

“It speaks to every 14-year-old freshman who is sitting in class reading the article who has failed three classes her freshman year and now has a choice to make — and our hope is that this article will help students think more critically about the choices they do make at this age in their lives,” Duffel reportedly wrote.

They refused to hand over a draft version of the story for review and brought in an attorney who read its contents and determined that there is “no basis for censoring the article,” the newspaper added.

“We hope you and the entire Bear Creek High community enjoy reading it when it comes out on Friday,” the attorney, Matthew Cate, wrote in a message to administrators that was obtained by The Record.

Lodi Unified School District ultimately relented and allowed the article to be published in its intended form.

“The district has determined that it will rely on the promises the journalism teacher’s personal attorney has made on her behalf regarding the content of the article and on that basis will not prevent its publication,” a spokesperson said Thursday, while adding that the district “does not endorse” the story.

“Because we are charged with the education and care of our community’s children, we will always be diligent in our efforts to provide a safe learning environment for all students while complying with our obligations under the law,” their statement added.

As for Fink, in an interview with The Record, she said school officials went overboard and “they shouldn’t have made this into a deep situation, it didn’t have to be like that.

“People think sex work isn’t work but it is work, you’re just taking off your clothes,” she told the newspaper.

“I just hope that people get more educated about adult entertainers — they’re people, too."