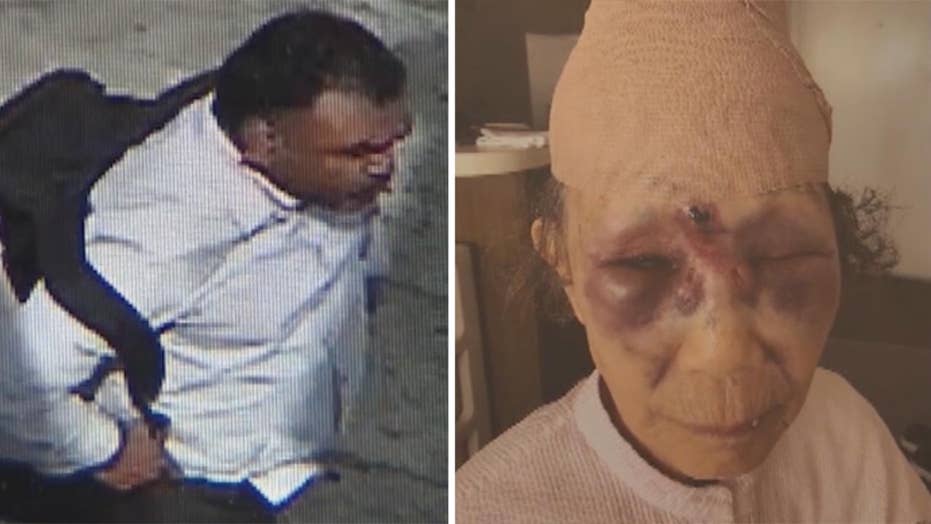 Person of interest sought in assault on 86-year-old woman

Police are hunting for the man who viciously punched a California grandmother Saturday afternoon, causing her to suffer serious injuries.

Mi Reum Song, 86, was walking in Los Angeles’ Koreatown neighborhood when a man walked up to her and punched her once in the forehead, FOX11 Los Angeles reported. The attack occurred near the Olympic Division police station.

“She was struck in the forehead and fell backwards and her head struck the pavement. So [on] the back of her head there was a laceration and you can see some of the injuries to the front of her face,” LAPD Detective Heebae Cho said in a news conference.

The 86-year-old was taken to the hospital and treated for her head injuries. She was later released.

Yujin Ko, Song’s granddaughter, said she was in “utter shock” when she saw her battered and bruised grandmother.

“[There were] a lot of tears...Her face was really bruised and she looked like a different person,” Ko said.

The suspect took nothing from Song before fleeing the scene, leaving investigators searching for a motive in the attack. Surveillance video from a nearby business captured Song wearing a visor and walking down the street while a man with a backpack runs by.

A man with a backpack that was spotting running in the area before the attack was named a "person of interest." (LAPD)

LAPD Capt. David Kowalski said the man spotted in the surveillance footage is a “person of interest” in the case.

“We have obtained video of a male fleeing the scene and at this point he is a person of interest only, but someone we want to speak to,” Kowalski said. “We take these crimes seriously and it hurts us both personally and professionally.”

Ko added he hopes “justice is served” and the attacker is taken into custody to prevent another incident.

Other senior citizens have been targeted by robbers in the neighborhood, according to FOX11. Song’s attack, however, does not appear to be connected to the other incidents at this time.