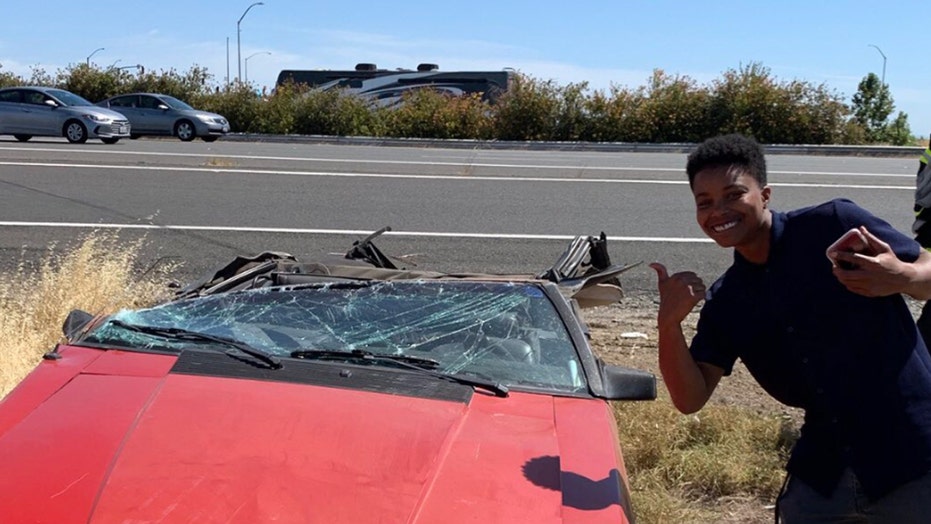 A driver in California was all smiles after walking away unscathed from a potentially deadly crash that ripped the roof off their vehicle.

The Sacramento Fire Department said on Twitter the driver's car came in contact with a semi-truck trailer on Saturday and was pulled underneath.

The car was then pulled out through to the other side of the truck.

The roof of the vehicle was torn off in the crash, but the driver was able to walk away without any injuries.

In a photo posted by the fire department, the driver can be seen grinning and giving a thumbs-up next to the mangled red car that is now flattened.

The driver was heading south on Interstate 5 at the time near Arena Boulevard when the crash took place, KCRA reported.

Officials did not release how the two vehicles came into contact.