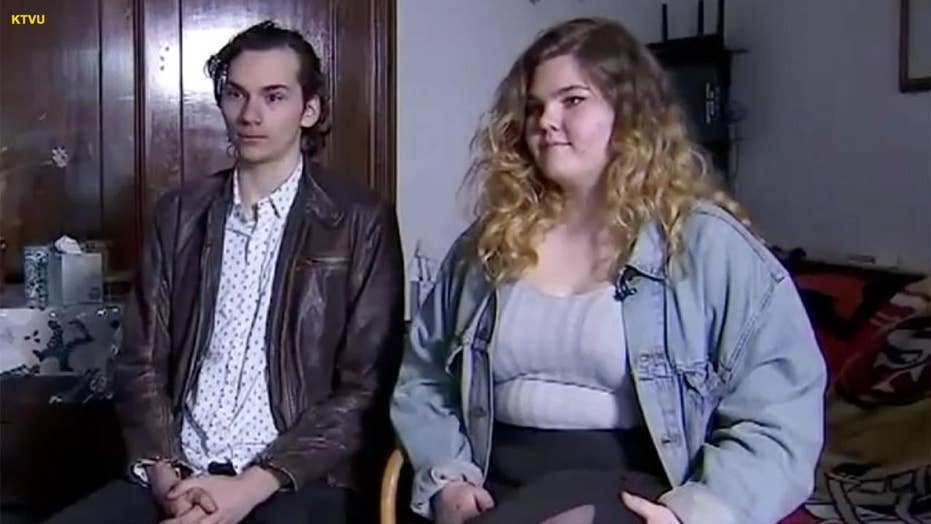 A California couple were rescued after being stuck in their jeep for five days during a snowstorm in the Mendocino National Forest. The pair were in the area for a camping trip in the Alder Springs vicinity when a snow storm moved in and trapped them.

A California couple stranded in their jeep for five days during a snowstorm in the Mendocino National Forest counted their blessings after their community came together to rescue them.

Carlos Hernandez-Isava and Maia Herman-Kitami described how they were able to survive after their yellow Jeep Wrangler got stuck in the snow during a camping trip on Jan. 31. After attempting to dig the vehicle out of the snow, the couple realized they needed help. With no one else around, Herman-Kitami told KTVU that the couple rationed their food supplies and insulated the top of the vehicle in order to keep warm.

“We had sleeping mats, so on top we put these sleep mats on the roof and the winds to help keep it warm,” Herman-Kitami told KTVU.

Hernandez-Isava wrote notes on the car asking anyone who was passing by for help. The two were supposed to return to their home in San Francisco on Friday, Feb. 1. and, when they didn't, were reported missing.

The Jeep got stuck in the snow at the Mendocino National Forest. (Jason Logan)

Jason Logan and his father-in-law Ron Lovell volunteered to look for the couple. Logan searched for them using his snowmobile but almost gave up after talking to another volunteer group.

“They said, 'You know, it’s getting late.' They were in four feet of snow so they’d gone as far as the could have went,” Logan told KTVU.

However, Logan went ahead anyway and, eventually, discovered the couple after hearing their car horn.

“I heard this motor that was different,” Herman-Kitami said. “I was like this is nothing like we’ve heard before. I pop my head up and I see this guy in a snowmobile and a full red suit and I was like, 'Holy crap.'”

Carlos Hernandez-Isava and Maia Herman-Kitami were happy to be rescued after they were stranded in their Jeep for five days. (Jason Logan)

Hernandez-Isava said they were thankful to those who found them and feared they may have died if they were left out there for much longer.

“If the community didn’t come together like they did for us, we may have not been found until Thursday," he said. "The scary part was if we stay there and the car would have been covered we would have lost our lives."