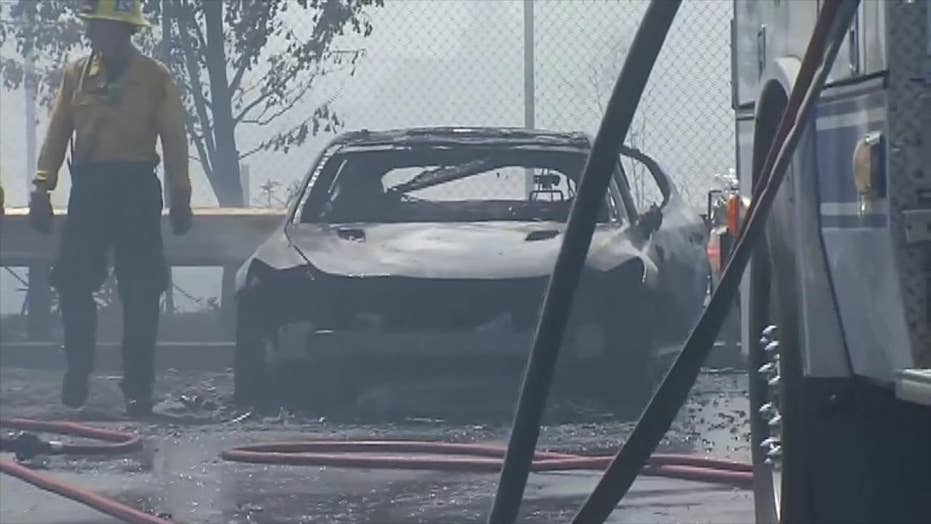 Raw video: Emergency crews respond to a fire that swept through a lot full of rental cars

Officials say that winds caused a nearby brush fire to spread to the lot, damaging or destroying 86 cars.

Rows of used cars went up in flames Monday as a fire ravaged a CarMax lot in Bakersfield, Calif., damaging or destroying 86 vehicles.

The Bakersfield Fire Department said its units responded to a report of multiple brush fires along Highway 99 in South Bakersfield. The Bakersfield Californian newspaper, citing the fire department, reported that 26 vehicles on the lot were completely destroyed while 60 more were damaged.

No injuries were reported but CarMax is expected to suffer a loss of $2.1 million as a result of damage to the cars, the Californian reported.

The cause of the fire was under investigation, but officials said the blaze may have been sparked by a semi-truck dragging an object that sparked against the road. Investigators believe the sparks ignited nearby grass and spread to the lot.

The Bakersfield Fire Department reported that 20 acres of brush and grass were burned by the fires.