DeSantis calls out Biden after sending migrants to Martha's Vineyard

A woman was arrested by Border Patrol agents this week after she was caught driving with nearly $300,000 worth of drugs in her vehicle in Southern California, including rainbow-colored fentanyl pills, which authorities have said are used to lure young drug users.

U.S. Customs and Border Protection did not say precisely when the arrest occurred but that the unidentified 42-year-old woman was in a 2014 Toyota Corolla on State Route 86 when she came upon an immigration checkpoint in the agency's El Centro Sector near the U.S.-Mexico border.

The woman is a permanent resident of the United States, authorities said. She was referred for a secondary inspection where a K-9 team alerted agents to the rear of the car.

In total, agents found 11 packages, of which most tested positive for methamphetamine, authorities said. In addition, one package allegedly contained colored pills laced with fentanyl and a small bag of heroin.

The driver was arrested, and the vehicle was turned over to authorities. Border officials are finding fentanyl-laced drugs at alarming rates.

Fentanyl is primarily brought across the southern border by two drug trafficking organizations, the Sinaloa Cartel and the Jalisco New Generation Cartel. 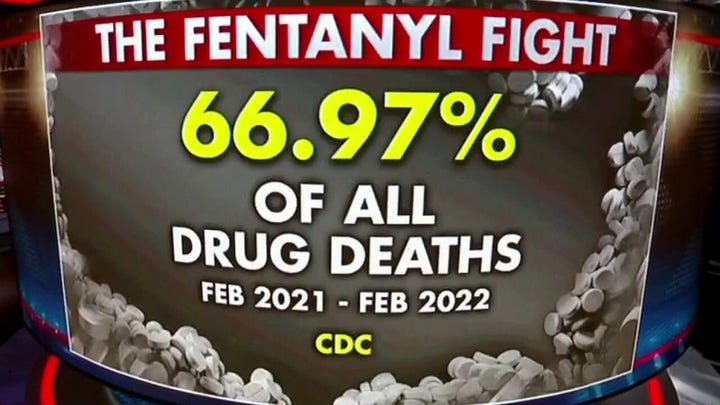 The new brightly-colored fentanyl – which can come in pills, powder and blocks that look like sidewalk chalk – is not more potent than the traditional form, but could be more attractive to young people, the Drug Enforcement Administration said.