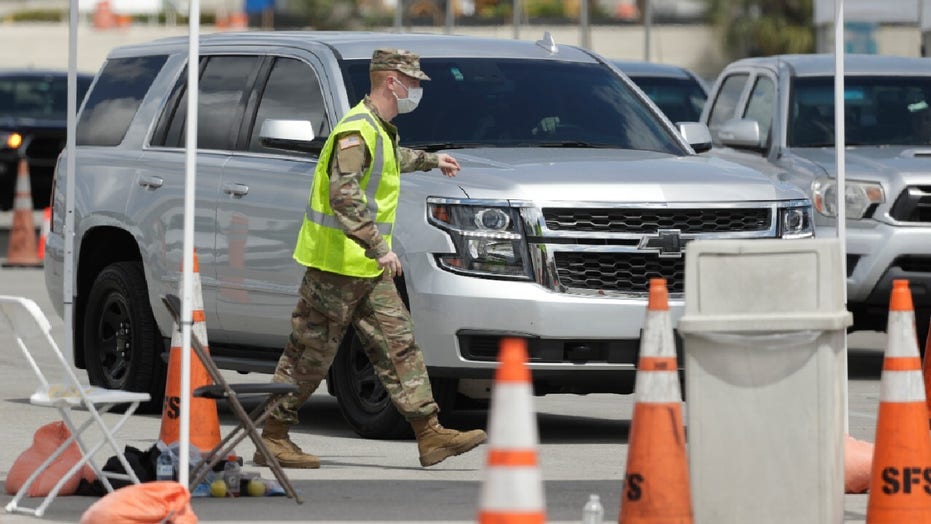 California’s secretary of Health and Human Services Wednesday said the state’s coronavirus cases are increasing at a rate on par with New York, which has the most cases in the U.S.

New York currently has 10 times as many cases as California, but Secretary Mark Ghaly said California could see a surge in hospitals in one to two weeks, according to the Los Angeles Times.

“We originally thought that it would be doubling every six to seven days; we see cases doubling every three to four days,” similar to New York’s infection rate, Ghaly said during a news conference.

Los Angeles to shut off water, power of nonessential businesses that refuse to close amid coronavirus

New York had more than 33,000 cases and 366 deaths by Wednesday. Hospitals are overwhelmed by patients and health care workers are facing shortages of face masks and personal protective gear.

“We are now, in New York City, the epicenter of this crisis in the United States of America,” Mayor Bill de Blasio said Sunday, according to The Guardian. “The worst is yet to come.”

Last week, California Gov. Gavin Newsom warned that more than half of the state's nearly 40 million residents could become infected in the next two months without mitigation efforts and he instituted a “Safer-at-home” order, forcing all "nonessential" businesses to close.

One week after Newsom’s order, more than 3,000 had tested positive and 65 had died.

Cuomo issued a similar stay-at-home order soon after California's, along with several other states.

Newsom said this week nearly 67,000 people have been tested in the state, but stressed it’s not yet enough to get a clear picture of how many will become infected.

He said he’s working on increasing the rate of testing, but cautioned that social distancing will need to continue for some time.

“We know it’s had an impact on bending that curve and buying us time,” Newsom said of the “Safer at Home” order, according to The Times. “Every day, that is another day that we’re getting more assets, more physical and human resources, prepared for a worst-case scenario.”