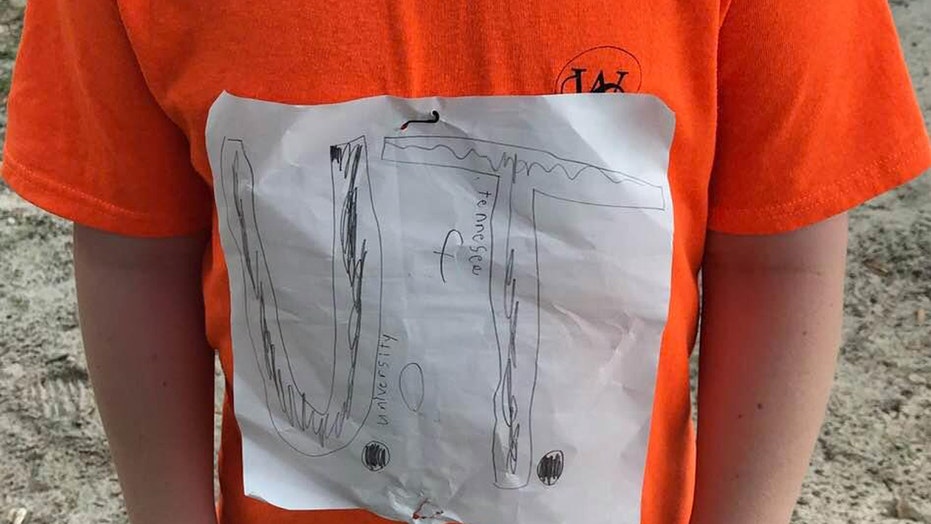 Sales from a University of Tennessee spirit T-shirt designed by a bullied Florida fourth-grader have raised nearly $1 million for the Stomp Out Bullying nonprofit group, according to the university.

The fourth-grader from Altamonte Springs was bullied by classmates over his hand-drawn design, which he wore at Altamonte Elementary School for a college spirit day in August.

After his teacher's post about the shirt went viral, UT decided to sell it online in the campus store.

Laura Snyder wrote on Facebook this fall that her student had been extremely excited to show his support of UT.

"When I told my students about this day a week before, this particular child came to me and told me that he wanted to wear a University of Tennessee shirt, but he didn’t have one. We discussed that he could wear an orange shirt to show his spirit. He told me every day leading up to it that he had an orange shirt that he was going to wear," she said. "So when the day finally arrived, he was SO EXCITED to show me his shirt. I was impressed that he took it one step further to make his own label."

Some of his classmates, however, bullied him over the homemade shirt.

"After lunch, he came back to my room, put his head [on] his desk and was crying. Some girls at the lunch table next to his [who didn’t even participate in college colors day] had made fun of his sign that he had attached to his shirt. He was DEVASTATED," she said.

Snyder's post caught the attention of the university, which embraced the student's design and school spirit.

The university also offered the boy a full scholarship in the future.

"In recognition of the fourth-grader’s volunteer spirit, the university has extended an offer of honorary admission for him to join the Class of 2032. In addition, he has been awarded a four-year scholarship covering his tuition and fees beginning in fall 2028, should he decide to attend UT and meet admission requirements," the school said in a statement.