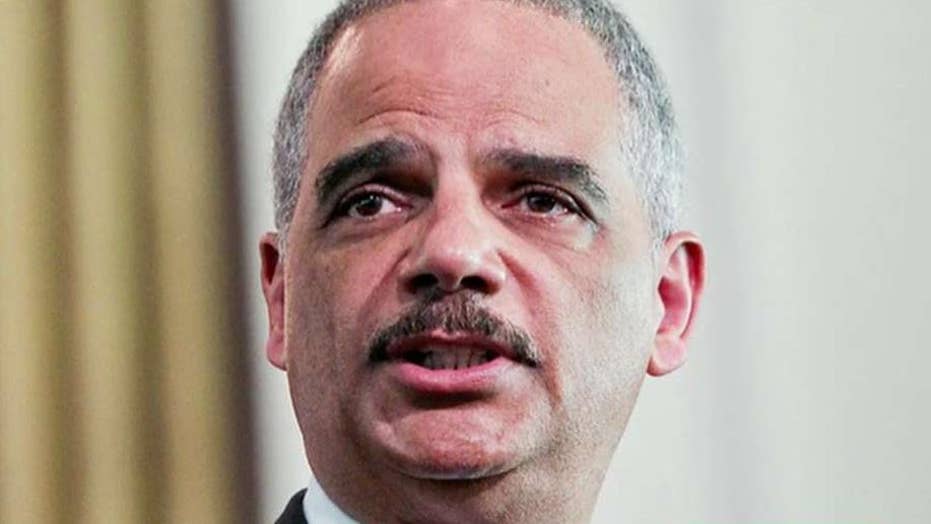 The man convicted of the shooting and killing U.S. Border Patrol agent Brian Terry in 2010 – a case that exposed the government’s botched “Fast and Furious” gun-running operation – was sentenced Wednesday to life in prison.

Heraclio Osorio-Arellanes, who was convicted of first-degree murder and other charges last year following his extradition from Mexico in 2018, was given the life sentence after U.S. District Judge David C. Bury heard tearful statement’s from Terry’s sisters. Osorio-Arellanes is one of seven defendants charged in Terry's 2010 slaying in Arizona.

The agent's death exposed Operation Fast and Furious, a Bureau of Alcohol, Tobacco, Firearms and Explosives (ATF) operation in which the federal government allowed criminals to buy guns in Phoenix-area shops with the intention of tracking them once they made their way into Mexico.

But the agency lost track of more than 1,400 of the 2,000 guns they allowed smugglers to buy. Two of those guns were found at the scene of Terry's killing.

Heraclio Osorio-Arellanes, left, has been sentenced to life in prison for murdering U.S. Border Patrol Agent Brian Terry in Arizona in 2010.

The Obama administration was heavily criticized for the operation. Former Attorney General Eric Holder also was held in contempt by Congress for refusing to turn over documents related to the sting.

Terry, 40 who was also a former U.S. Marine, was part of a four-man team in an elite Border Patrol unit staking out the southern Arizona desert on a mission to find "rip-off" crew members who rob drug smugglers. They encountered a group and identified themselves as police.

Fox tracks down buyers accused of smuggling guns to Mexico

The men refused to stop, prompting an agent to fire bean bags at them. They responded by firing AK-47-type assault rifles. Terry was struck in the back and died soon after.

Osorio-Arellanes was the shooter that night. The U.S. had a $250,000 reward for information leading to his arrest before he was captured at a ranch on the border of the Mexican states of Sinaloa and Chihuahua in 2017.

Osorio-Arellanes, the Associated Press says, contends he did not have a fair trial, and his attorney said he is illiterate and didn't understand the proceedings.

“I feel like my rights are being violated as well," Osorio-Arellanes said Wednesday.

But the complaints were met with no sympathy from the judge.

“I think you know what the law is of the United States but you refuse to accept it," Bury said. “In the United States if you take the life of a human being while committing another felony, that's murder in our country by statute."

The Terry family has flown from Michigan to Tucson to attend hearings in the several cases tied to Brian's death. On Wednesday, his two sisters spoke tearfully about life without their youngest brother.

Terry “was a man filled with so much dedication to keeping our country safe,” sister Kelly Willis said, adding that he lit up every room he walked in and had a beautiful smile.

“You would think the time lessens the heartache, but it doesn't," she said.

Five of the seven men charged in Terry's killing are serving prison sentences after pleading guilty or being convicted. Only one, Jesus Rosario Favela-Astorga, has not been extradited or tried after being arrested in October 2017.

Tucson Sector Chief Roy Villareal, who along with about 20 other agents was present at the hearing, said in a statement that Osorio-Arellanes’ sentencing brought them one step closer to justice.

“The sentencing brings a painful time closer to an end and serves as a reminder of the grave dangers our agents face in their selfless commitment to the safety of their communities and country," Villareal said.

Fox News’ Laura Prabucki and the Associated Press contributed to this report.