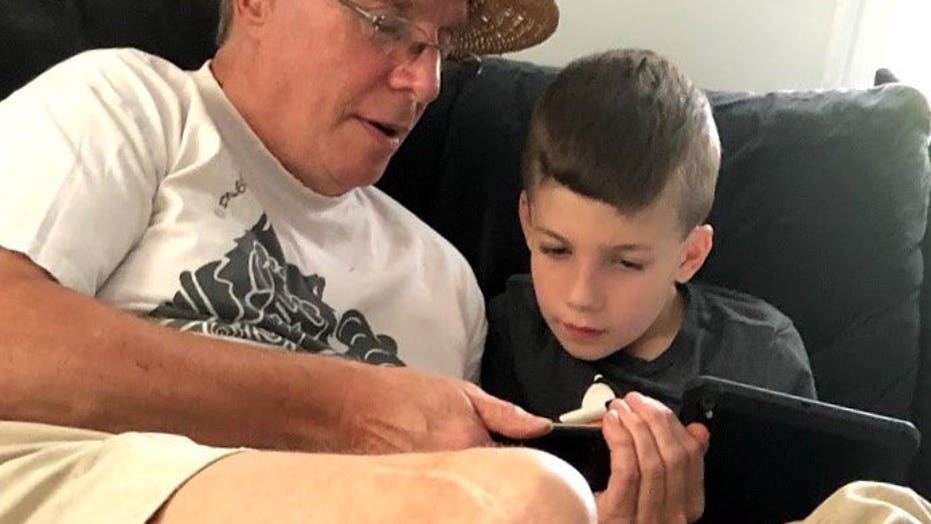 An orchestra group has located the young boy who exclaimed “WOW!” during a Sunday performance at Boston’s Symphony Hall.

The Handel & Haydn Society went on a quest to find the boy after he was literally wowed by the group’s performance of Mozart’s “Masonic Funeral”, prompting laughter in the audience.

FLORIDA BOY CALLED 911 BECAUSE HE WAS LONELY AND WANTED A FRIEND, POLICE SAY

The group was so charmed by the boy’s admiration of the music that it shortly launched the search for the “Wow Child.” On Thursday, the boy was found, according to WGBH-FM.

Ronan Mattin, the 9-year-old boy from New Hampshire, attended the performance with his grandfather Stephen.

This summer 2018 photo provided by Al Mattin on Friday, May 10, 2019 shows his father, Stephen, and son, Ronan, at Stephen's home in Kensington, N.H. The Handel &amp; Haydn Society had just finished a rendition of Mozart's "Masonic Funeral" at Boston's Symphony Hall on Sunday, May 5, 2019 when a youngster blurted out: "WOW!"  (Al Mattin via AP)

His grandmother said she had seen a TV report in which the society pleaded to find the boy.

The grandfather said Ronan, a massive music fan, is on the autism spectrum and often expresses himself differently from how other kids do.

“I had told several people because I thought it was a funny story,” Stephen Mattin said. “About how he was expressing his admiration for the performance and put everybody in stitches.”

The arts group said it’s setting up a Skype meeting with the youngster and will invite him and his family back to the venue in the fall for another Mozart performance.