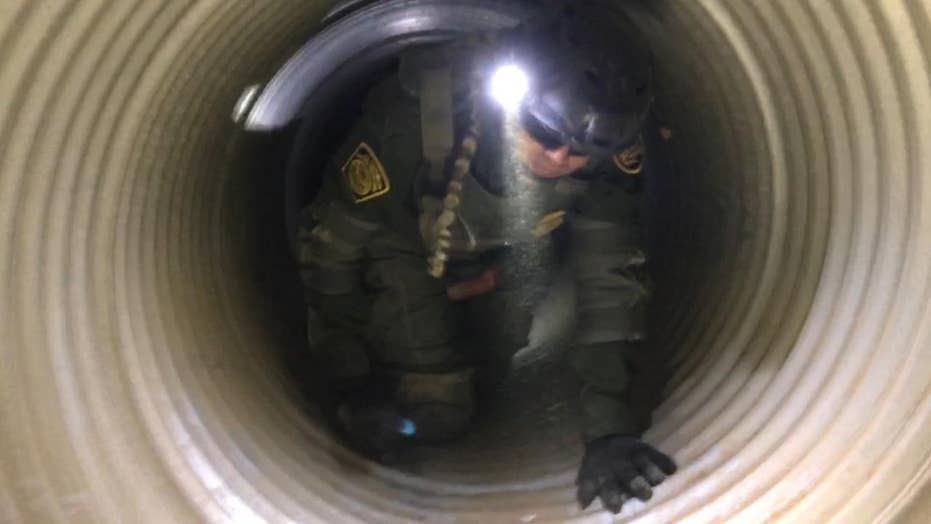 Twice in one week, U.S. Border Patrol agents on the Confined Space Entry Team, or CSET, were called to search storm drains in El Paso, Texas, for illegal immigrants trying to get away right under their feet.

Smugglers, unconcerned about the safety of those crossing into the U.S., put immigrants into the drains as a way to avoid detection and escape arrest.

“To them they’re just money. So they just let them in and if they get out, good, if not, it doesn’t really make a difference to them,” said Supervisory Border Patrol Agent Nick Veliz. “We’ve had people go in and actually come all the way back out because they got lost and didn’t know what to do.”

Veliz said many times smugglers will get immigrants into the drain and then run back into Mexico, leaving the immigrants to fend for themselves. To get inside, smugglers have to open 600-pound flap gates covering the drains. Many of the drain openings in El Paso are right on the Rio Grande, so immigrants do not have to cross over the border fencing to get inside.

The conditions can make even the most seasoned agents nervous.

“You kind of worry about, what’s going to happen? How safe is it? You just have to trust your gear and trust your training and hope for the best,” said Veliz.

On Monday, October 30, agents rescued a woman who broke her ankle in the drain. The agent who made the rescue put the immigrant on his back and carried her out of the drain. The hours-long search and rescue was a joint operation between the Border Patrol and El Paso Fire Department.

“It’s good to work jointly with people,” said Agent Eric Lerch who took part in the rescue. “I always practice for the worst-case scenario.”

On Wednesday November 2, CSET searched drains in west El Paso after an agent caught four immigrants climbing out. The agents went in to make sure no immigrants were left behind — they didn’t find anyone.

When agents arrive to search a drain, they assess the situation, grab their equipment and crawl into the drain. They carry ropes, air monitors, first aid equipment, and gas masks if necessary. They do not carry a Taser and are careful to fire their guns, because there can be explosive gases in the drains that a spark from a gun or Taser can ignite. Drains can also be very humid and extremely hot.

Down in the drain, agents communicate constantly. They often yell for one another because radios don’t always work. CSET agents do their best to spread the workload around to prevent anyone from getting exhausted underground.

“You’re trying to get there but you can’t really go too fast. At the same time you need to make sure that you can make it so you’re going to be able to take him out,” said Agent Jose Arvizu. “Communication is very important. Helping each other out, giving each other breaks. Moving forward but in a tactical way.”

The storm drains can be as small as two feet wide and in some cases big enough to walk hunched over. There are drains underground smaller than two feet but agents do not go in those for safety reasons, and because they often don’t fit.

While the CSET team does make rescues for people in need, their main purpose is border security and apprehending people who have crossed into the United States illegally. The number of calls varies.