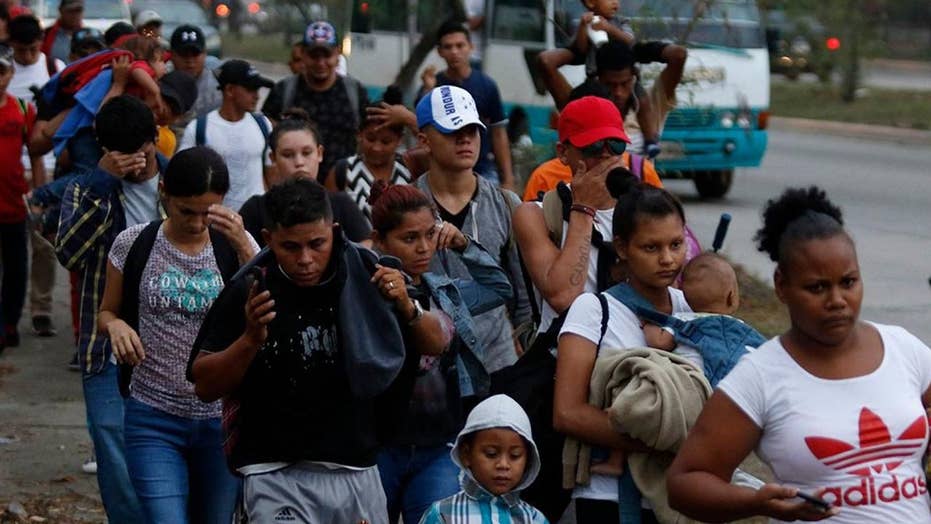 Migrants from India and Africa now traveling to the U.S.; Griff Jenkins reports from Tapachula, Mexico.

“This is an ongoing situation that U.S Border Patrol agents are facing in southern New Mexico: hundreds of parents and children being encountered by agents after having faced a dangerous journey in the hands of unscrupulous smugglers,” CBP said in a statement. “Criminal organizations continue to exploit innocent human lives in order to enhance their illicit activities without due regard to the risks of human life.  In most cases these smugglers never cross the border themselves in order to avoid apprehension.”

This is the group of 230 undocumented immigrants apprehended today in Antelope Wells. (US Border Patrol)

Officials have said the surge of migrant families was overwhelming the southern border.

Border officials said they were struggling to cope with the influx of Central American families, with Border Patrol apprehending a record-setting 53,000 families in March.

The Trump administration has supported changes to the asylum process and other steps to slow the influx of migrants at the border as President Trump tries to make good on his 2016 campaign promises.