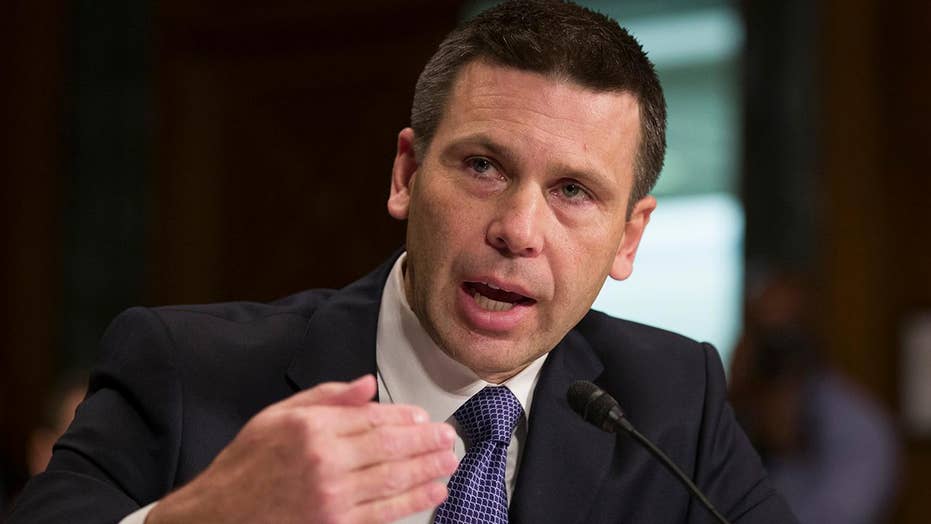 Former DEA chief: Our border is collapsing, plain and simple

Former Administrator of the U.S. Drug Enforcement Administration Karen Tandy speaks out on the crisis at the border and new recommendations by the DHS Advisory Council to curb the immigration crisis.

Agents monitoring the U.S.-Mexico Border in the El Paso Sector say for the first known time there a drone has been used in an attempt to help migrants illegally enter America.

The airborne surveillance device, which traveled around 100 yards into U.S. territory before retreating to Mexico, was discovered early Tuesday by an agent using an infrared camera, the Border Patrol said.

“Approximately two minutes after the object returned back to Mexico for the third time, a group of 10 subjects made an illegal entry into the U.S. in the same area in which the object had been traveling,” read a statement from the agency, noting that all 10 were quickly taken into custody. “This is the first known time in recent history that a drone has been utilized as a ‘look-out’ in order to aid in illegal entries in the El Paso Sector."

This image released by the Border Patrol shows a drone hovering over U.S. territory during an attempt to help migrants illegally enter America. (U.S. Customs and Border Protection)

The Border Patrol’s El Paso sector says it apprehended 1,800 people overall along the border there Tuesday. Agents at the Antelope Wells Port of Entry encountered groups of 230 and 130 people around the start and end of the day, while a group of 360 people were found near Mount Cristo Rey in Sunland Park, New Mexico.

Two of those apprehended were known gang members and one was a convicted sex offender, according to the Border Patrol. They now are being held in U.S. jails pending criminal prosecution.