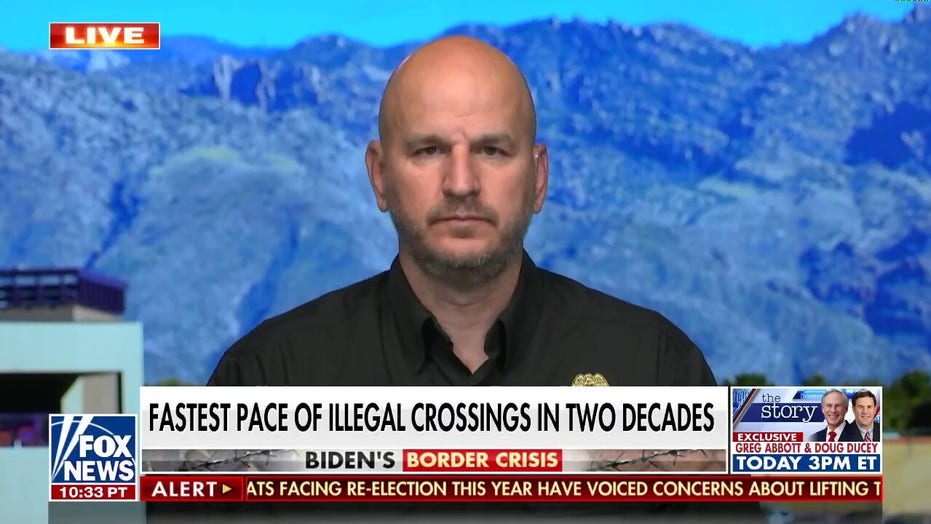 National Border Patrol Council president Brandon Judd discusses the historic number of migrant encounters at the border as Title 42 is set to come to an end.

Agents assigned to the El Centro Sector arrested the individual in the Jacumba Wilderness Region, which is located in southcentral California.

The agents encountered the individual around 12:10 a.m. roughly four miles north of the U.S.-Mexico border, U.S. Customs and Border Protection said in a press release.

The agents arrested the individual and transferred him to the El Centro Sector Processing Center for further medical evaluations and processing.

A background check on the individual revealed he was a documented member of the "Border Brothers" street gang and had an "extensive criminal history," CBP said. That history included multiple felony and misdemeanor convictions as well as re-entry after deportation.

CBP said an immigration judge had previously ordered the individual to be removed from the U.S.

According to a 2013 intelligence FBI brief, the Border Brothers have had ties to multiple Mexican drug cartels.

Fox News has reached out to CBP for further comment on the individual’s background but did not hear back before publication.