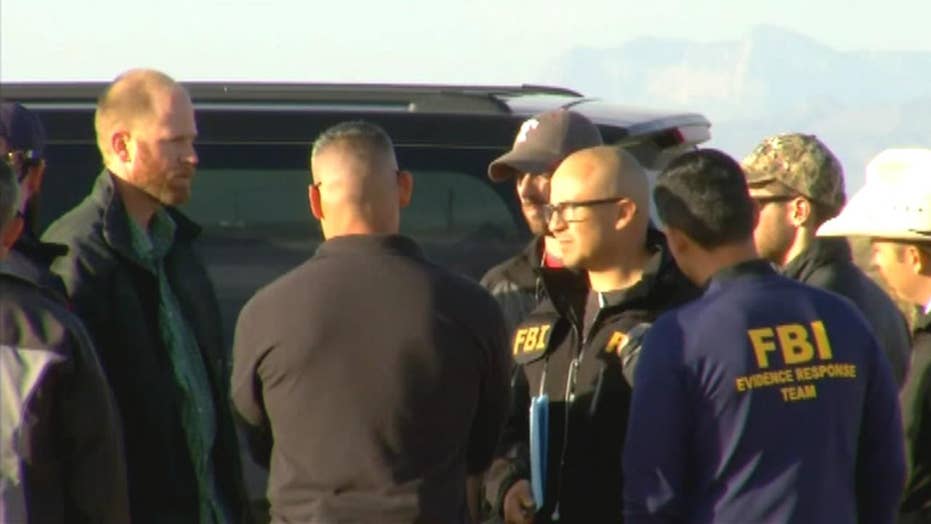 One Border Patrol agent dead, one injured after being reportedly attacked by illegal immigrants in Texas; Casey Stegall reports on the latest in the investigation.

Details around the attack remained murky Monday, however, an FBI spokesperson said Rogelio Martinez and his partner were not shot and a National Border Patrol Council official told KTSM the assailants were "undocumented immigrants" who used likely used rocks to bash the agents.

The FBI had taken over the investigation into the death of Martinez, 36, and the injuring of his partner, who was not identified. The two were patrolling the Big Bend Sector of Texas when the attack occurred.

"They were not fired upon," said Jeanette Harper of the FBI's El Paso office. "There are so many different agencies working together that we need to come together and develop a timeline."

Martinez, who was from El Paso and had worked as a border agent since August 2013, died of injuries sustained while responding to “activity” near Interstate 10 in the Van Horn Station area, according to a news release from U.S. Customs and Border Protection.

He was on Interstate 10 near Mile Marker 151 when the incident occurred, KFOX14 reported. At some point, Martinez's partner called for help, saying he and Martinez had both been injured, investigators told KFOX14.

TRUMP'S BORDER WALL: A LOOK AT THE NUMBERS

President Trump pushed the need for his proposed U.S.-Mexico border wall Sunday night following the incident, tweeting: "Border Patrol Officer killed at Southern Border, another badly hurt. We will seek out and bring to justice those responsible. We will, and must, build the Wall!"

Border Patrol agent shot at while driving off duty

Two men have been arrested and charged for allegedly shooting at an off duty Border Patrol agent while he was driving down Interstate 10 in El Paso, Texas

“Earlier this morning, I was notified that Border Patrol Agent Rogelio Martinez died as a result of serious injuries suffered while on patrol in the Big Bend Sector of our southern border in Texas. Agent Martinez was responding to activity while on patrol with another agent, who was also seriously injured,” the statement read.

Sen. Ted Cruz, R-Texas, also released a statement calling the attack a “stark reminder of the ongoing threat that an unsecure border poses to the safety of our communities and those charged with defending them.”

“Our condolences and prayers go out to the family and friends of Border Patrol Agent Rogelio Martinez, who was killed this morning in the line of duty. We are also praying for the full recovery of his partner, who was also attacked,” Cruz said.

Border Patrol records show that Big Bend accounted for about 1 percent of the more than 61,000 apprehensions agents made along the Southwest border between October 2016 and May 2017.

The region's mountains and the Rio Grande make it a difficult area for people to cross illegally into the U.S. from Mexico.

The Border Patrol website lists 38 agents who have died since late 2003, some attacked while working along the border, and other fatalities in traffic accidents. It lists one other agent death in the line of duty this year.