Law enforcement agencies across the U.S. are bracing for the possibility that extremists who are said to be calling for the coming of a second civil war will carry out violence on Jan. 17, according to an FBI memo cited in a recent report.

Yahoo News exclusively reported that the FBI’s Minneapolis Field Office memo – sent to local and state agencies at the end of December – cited "collaborative sources" who told investigators that members of the "boogaloo" movement would be hosting potentially violent events on Jan. 17.

"[S]ome followers indicated willingness to commit violence in support of their ideology, created contingency plans in the event violence occurred at the events, and identified law enforcement security measures and possible countermeasures," the Dec. 29, 2020 memo states. 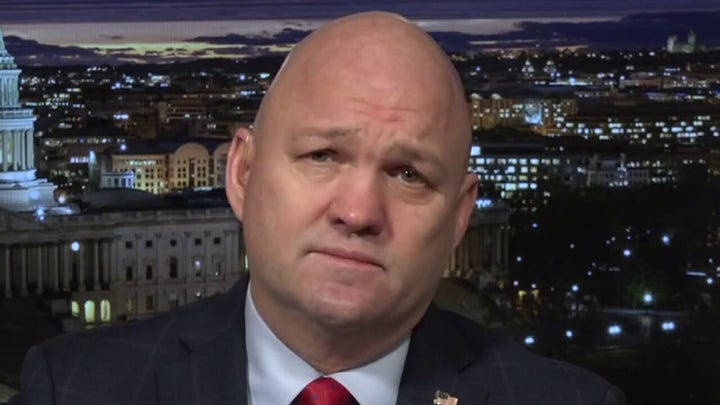 Members of the anti-government, pro-gun "boogaloo" movement advocate for a second civil war or the collapse of society, and they don't adhere to a coherent political philosophy. They often wear Hawaiian shirts and tactical gear and carry high-powered rifles.

The loose movement uses a 1980s movie sequel as a code word for a second civil war. Its name comes from the panned 1984 movie "Breakin’ 2: Electric Boogaloo," which has become slang for any bad sequel.

While some "boogaloo" followers maintain they aren’t genuinely advocating for violence, law enforcement officials say they have foiled bombing and shooting plots by people who have connections to the movement or at least used its terminology, according to The Associated Press.

On Monday, a federal law enforcement source told Fox News an internal bureau memo was circulating that warned of armed protests that would be held in all 50 state capital cities in the days leading up to Inauguration Day on Jan. 20. 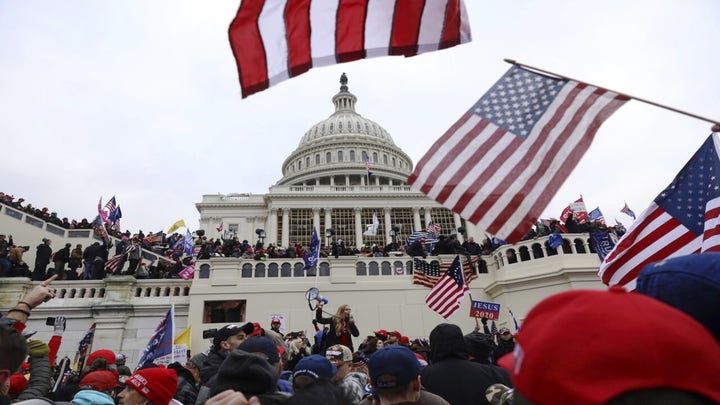 FBI VISITED EXTREMISTS BEFORE CAPITOL RIOTS, URGED THEM NOT TO TRAVEL TO WASHINGTON DC

The FBI said in a subsequent statement that the agency "is supporting our state, local, and federal law enforcement partners with maintaining public safety in the communities we serve."

"As we do in the normal course of business, we are gathering information to identify any potential threats and are sharing that information with our partners," a spokesperson told Fox News. "The FBI respects the rights of individuals to peacefully exercise their First Amendment rights. Our focus is not on peaceful protesters, but on those threatening their safety and the safety of other citizens with violence and destruction of property."

Last week, hundreds of people – some armed with guns – pushed their way into the halls of the U.S. Capitol, smashed or dismantled property and went into House and Senate leaders’ chambers. Meanwhile, Hill staffers and lawmakers were under lockdown, or hid behind chairs or under desks and tables.

Five people, including a U.S. Capitol Police officer, died during or in connection with Wednesday's events.

Authorities have made dozens of arrests so far. As of Monday morning, the FBI told Fox News it had received "over 40,000 digital media tips, including video and photos, from the public."