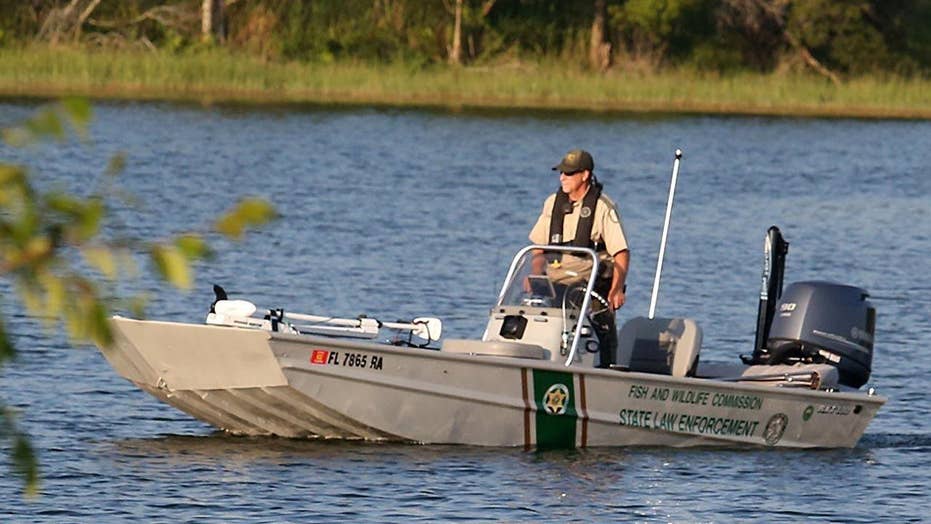 Reaction on 'The Five' after a family vacation turns tragic

Dive teams on Wednesday afternoon recovered the body of a toddler snatched by an alligator in a Disney World lagoon, the Orange County sheriff confirmed.

The body was "completely intact," Sheriff Jerry Demings told reporters. He estimated that it was in water roughly six feet deep, 10-15 yards from the edge of the lagoon where the child had been wading Tuesday night.

The sheriff identified the boy as 2-year-old Lane Graves, who was on vacation with his parents, Matt and Melissa Graves, and his four-year-old sister. They had traveled to Disney World from Elkhorn, Nebraska. The sheriff said he and a Catholic priest delivered the grim news to the family.

By Wednesday morning, a search team of up to 50 people was scouring the Seven Seas Lagoon at Disney World’s The Grand Floridian Resort & Spa. At least five other alligators were caught and cut open before they found the killer.

Disney announced it was closing all of the beaches at its resorts out of an abundance of caution.

The president of the Walt Disney World Resort isued a statement following the killing of a 2-year-old boy by an alligator at the resort's Seven Seas Lagoon.

George A. Kalogridis said "there are no words to convey the profound sorrow we feel for the family and their unimaginable loss.

"We are devastated and heartbroken by this tragic accident and are doing what we can to help the family during this difficult time. On behalf of everyone at Disney, we offer our deepest sympathies."

The attack happened at an area of the lagoon where "no swimming" signs were posted. The signs make no indication of a possible alligator threat.

The boy wasn’t swimming in the water, but playing on the edge, about a foot or two into the water, sheriff's spokesman Jeff Williamson said.

The boy's father tried and failed to pry his son from the alligator's jaws, leaving him with cuts and scratches, Demings said. The parents quickly alerted a lifeguard, but the lifeguard was too far away from the scene of the attack to help the father.

"The mother was there and she was frantic, running up and down looking," witness Bill Wilson told the Orlando Sentinel.

The alligator was estimated to be 4 feet to 7 feet long, according to Demings.

Crews searched for the body with a sonar boat, because sending divers in would be like "seeking a needle in a haystack," Williamson told Fox News.

A.J. Jain, a guest at The Grand Floridian right outside Disney’s Magic Kingdom, told the Sentinel he and his children were playing at the same beach earlier Tuesday.

"I’m just here to say a prayer," he said. "I can’t imagine what those parents are going through. It’s been one tough week in Orlando."

Disney spokeswoman Jacquee Wahaler said everyone at the resort was devastated by what happened and Disney is helping the family.

Demings said there had been no other recent reports of similar alligator attacks on the lake. "Disney has operated here now for 45 years and they’ve never had this type of thing happen here before," he said.