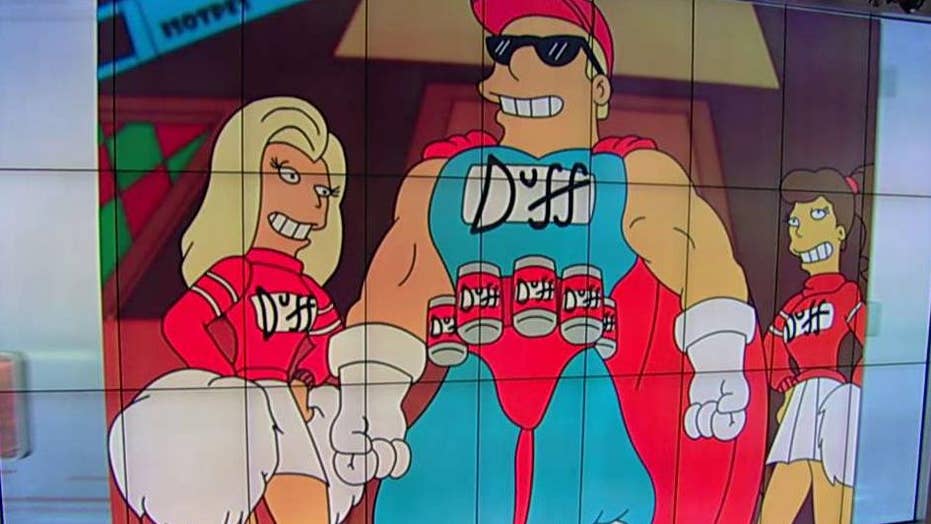 Winter Storm Duffman churns its way up the East Coast

For much of the northeast United States, Valentine's Day was the coldest on record, with people bundling up for the not-so-warm embrace of teeth-chattering temperatures.

From New York and Boston to Providence, Rhode Island and Hartford, Connecticut, temperatures on Sunday morning dipped to as low as minus-40 — on Mount Washington in New Hampshire.

The National Weather Service said the temperature in New York City's Central Park fell to minus-1, a record low for the date. The last time it was below zero in Central Park was in January 1994.

"I'm dumb enough to do this," exclaimed John Male before starting a 12-mile park run on Sunday morning with two companions.

"I just always come out and I just decided not to do anything differently" — except to wear a furry tiger hat with two tails over his normal headgear, in addition to four layers of clothing.

His running partner also was wearing a tiger hat on top of the balaklava that covered her face — except the eyes.

"It's zero degrees and feels like negative 19; I'm going to sue him for personal injury after this," joked Molly Manning, a Manhattan attorney. "I'm here because they peer-pressured me to come out today. They basically made me feel like I was a wimp unless I came out."

In Montpelier, Vermont, the overnight temperature hit minus-19, tying a record set in 2003. And South Lincoln, Vermont, recorded 27 below zero.

Temperatures were so low in some spots they knocked out utilities. A frozen regulator left about 400 customers in Connecticut without natural gas service and officials believe extreme cold in Vermont broke a utility pole, knocking out service to about 1,500.

An emergency generator didn't kick in for Sheffield Selectboard Chairman Walter Smith, who said he lost a greenhouse full of about 500 orchids.

The cold kept many people inside. In a New Jersey bagel shop that's usually brimming with customers on Sunday mornings, Joe Weir was among a small handful of people who sat drinking coffee.

"I just came from a church service, and it definitely wasn't as packed as it usually is," the 60-year-old Toms River man said. "We have a lot of elderly parishioners, and when the weather gets bad or real cold like this, a lot them choose to stay in and watch a Mass on TV instead of going to church. Can't say I blame them."

Temperatures were expected to climb before a winter storm already bringing snow to the Midwest moves into the region.

The storm was expected to bring 5 inches of snow to parts of Kentucky and up to 6 inches to parts of Tennessee before turning to rain.

West Virginia could see up to 9 inches of snow from the storm before it heads into the warming northeast.

The National Weather Service said up to 3 inches of snow was possible in Philadelphia and 2 inches in New York on Washington's Birthday.