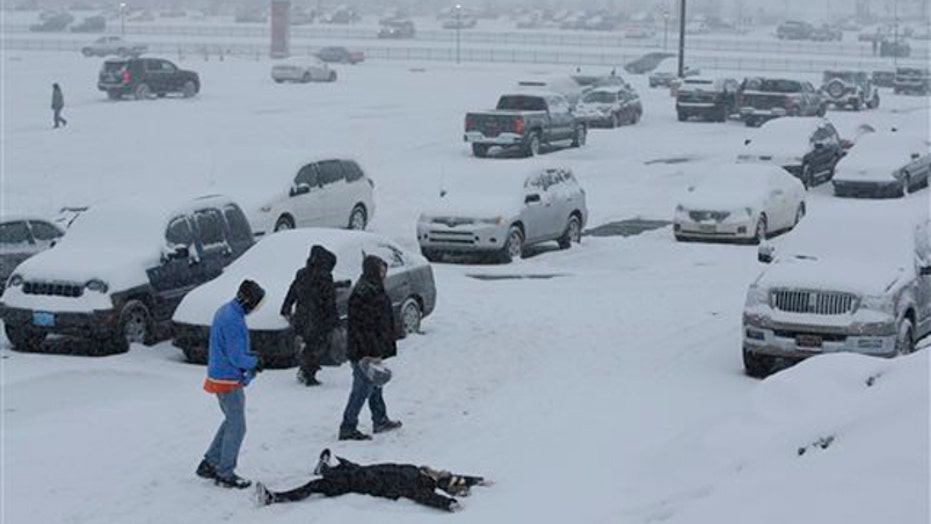 Artic freeze expected to hold grip on eastern half of U.S.

Record cold temperatures that berated the eastern half of the United States is expected to stick around for most of next week.

More ice, snow and freezing rain is expected to start falling Saturday in areas from Missouri to the mid-Atlantic and as far south as Alabama and Georgia. The next round of storms could pose more havoc on the roads and cause power outages and water main breaks.

"Higher amounts over the next two days will probably be across southern Indiana and Illinois and eastward through Ohio into western Pennsylvania," said Bruce Sullivan, a senior meteorologist with the National Weather Service. "That's where it looks like the jackpot will be."

The storm, dubbed the “Siberian Express” because of its winds coming from Russia traveling over th e Arctic Circle into North America, shut down schools early in Alabama and closed the state’s NASA facility. The weather service said roads were impassable in at least seven counties.

The system brought record-breaking cold from Cincinnati to Washington to New York as well.

Boston –bound commuter ferries could barely get through the ice Friday and had to be towed to port. The ferry was taken from Hingham right behind an ice breaker.

A water main break in Rhode Island interrupted service to nearly 1,000 customers before it was fixed. It took crews in Johnston almost 16 hours to fix the 12-inch pipe. The repairmen use leak detection equipment to pinpoint the exact location of the break.

A town in Vermont was battling similar issues. A 6-inch water main broke in Rutland causing crews to battle through blistering cold weather to fix it.