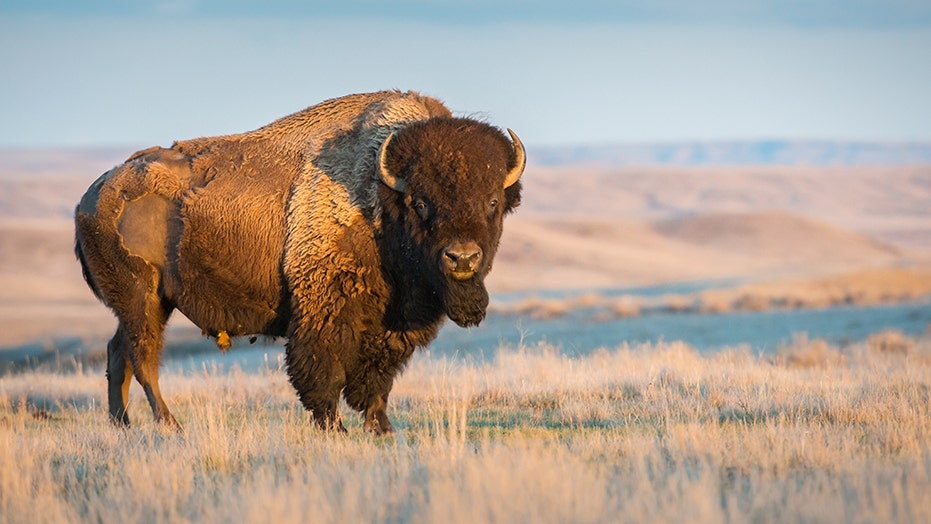 A 22-year-old woman had to be airlifted to a hospital on Friday after she was charged by bison at a state park in Utah and sustained multiple injuries to her legs, according to officials.

Utah State Parks Lt. Eric Stucki said the woman sustained a broken leg and laceration to her other leg, possibly due to being gored, after she was charged and thrown into the air by the animal.

The woman, who has not been identified, was on a trail and heading toward a companion when the incident took place.

Stucki told KSL-TV the woman was hiking when she spotted the bison about 50 yards away and tried to warn her friend about the animal because she knew her companion was uncomfortable around them.

The bison, however, charged the woman and threw her into the air. The animal then nudged the woman with its nose as she remained still on the ground before moving off, according to Stucki.

Stucki told FOX13 the woman was flown to McKay-Dee Hospital in Ogden, but her injuries are not life-threatening.

Officials are warning visitors who visit the park that bison roam freely, and they should keep their distance as the animals can be aggressive.

Wildlife on Antelope Island include hundreds of bison. The state park is connected to the Great Salt Lake's southeastern shore by a 7-mile-long causeway.