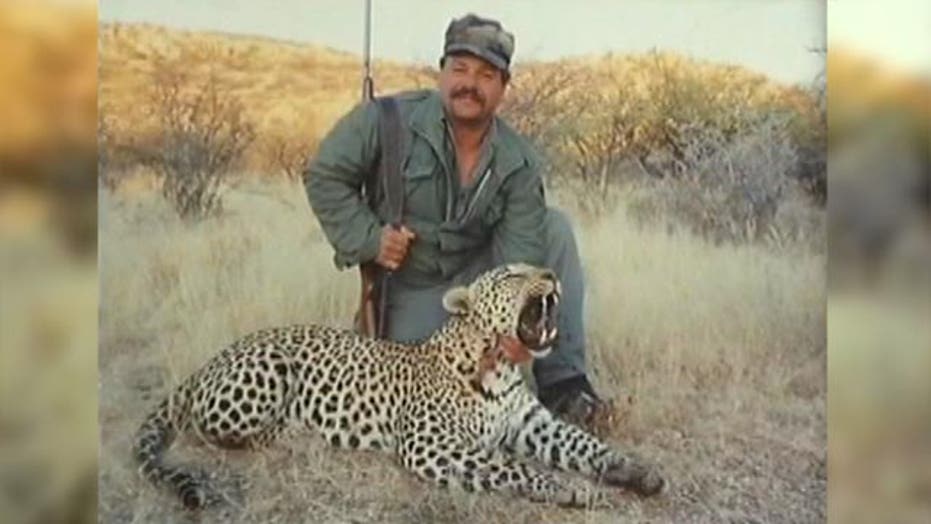 They consider themselves sportsmen and conservationists in the tradition of Teddy Roosevelt, but America's big-game hunters find themselves in the cross hairs of animal lovers outraged over the killing of a beloved lion in Zimbabwe.

Whether they are stalking lions or elephants in the African savannah, or trying to bag bighorn sheep in the Rocky Mountains, law-abiding hunters of such exotic animals pay handsomely for the privilege. And the lion's share of the money they plunk down for tags, or the right to take their prize, is funneled into conservation efforts they say protect and perpetuate the various species.

"Through the sales of hunting licenses, equipment, tags, and so on, sportsmen contribute $2.9 billion every year for conservation," Olivia Nalos Opre, co-host of the outdoor-themed television show "Eye of the Hunter," wrote in a Montgomery Advertiser column addressing the backlash against big game hunting. "As a result, many of the most popular wildlife species have rebounded from near-extinction levels to become common sightings."

"If you eliminate hunting, you eliminate most lions, as well as anti-poaching revenue. We fully expect that it will lead to the loss of half the lions in Africa"

In the U.S. alone, nearly $200 million in hunters' federal excise taxes are distributed to state agencies to support wildlife management programs, according to the U.S. Fish and Wildlife Service website. Hunters point to the sum as evidence of one of their contributions to wildlife.

The conservation model that has hunters paying for the protection of animals started in the U.S. and has been adopted around the world. In Zimbabwe, where Minnesota dentist Walter Palmer paid $54,000 to two local guides who allegedly lured the black-maned lion Cecil out of the Hwange Park preserve and onto hunting lands, hunters legally fund projects that protect a host of endangered and protected species. While Palmer has said he did not realize his guides broke the law, American hunting advocates say an illegal hunt should not be the basis for condemning legitimate sport.

Dennis Campbell, executive director of the sportsman's club Super Slam: North American Big Game, and a veteran of lion hunts in Tanzania and South Africa, said he was appalled by the allegations in Palmer's case, and was disappointed that the incident has brought scorn to a hunting community he insisted largely follows ethical practices. Recalling a hunting trip to coastal Alaska where the quarry was the massive brown bear, Campbell said a guide who had instructed him to kill a young specimen later instructed him to bury the legally taken bear so he could use his permit on a more prized kill- a clear violation of the law.

"I got chin-to-chin with him and said, 'If I was big enough to pull the trigger, then I am going to honor it by having it mounted and be proud of it. The bear deserves that respect,"' Campbell recalled.

TRAFFIC, the international wildlife trade monitoring network which works to ensure that trade in wild plants and animals is not a threat to the conservation, said in a 2006 report that the guided hunt industry is subject to abuse, with local wildlife experts often paid low wages that leave many susceptible to bribes. The report said these hunting guides are under pressure to secure “productive hunting concessions” for clients who could spend tens of thousands of dollars for the tour.

“The methods used to secure such concessions and to hunt suitable trophy animals can go beyond what is considered ethical, for example so-called canned hunts have become common in South Africa raising concerns over the principle of fair-chase,” the report said.

Johnny Rodrigues, who founded Zimbabwe Conservation Task Force 16 years ago, said the fees big-game hunters pay fund studies in which lions are outfitted with GPS collars that enable conservationists to track their movements. But he has mixed feelings, noting the same people and organizations that fund such efforts also hold annual trophy ceremonies for the largest lion kill.

“It's not to say there's no place for hunters," Rodrigues told FoxNews.com in a telephone interview. "But what is wrong is that there is no code of conduct. If hunters pay the guide a little more, they'll often be taken to other areas to hunt than what their permit does not allow."

On Tuesday, another American doctor accused of killing a lion in an illegal hunt in Zimbabwe, Jan Seski of Murrysville, Pennsylvania, said that he had complied with all rules and regulations, filled out all the necessary paperwork and obtained the correct permits. The Zimbabwe government originally said that Seski used a bow and arrow in April to kill a lion without approval, on land where such hunting was not allowed.

Seski said Tuesday in a statement issued by his attorney that he had engaged in a "lawfully permitted hunt" and that it happened in July, not April, as Zimbabwe officials had said.

"During this trip, Dr. Seski did lawfully hunt and take a lion," said his Washington attorney, Gregory Linsin. "As required by the rules in Zimbabwe, he promptly notified the Zimbabwean authorities and provided them with all of the information and paperwork required by law. He ensured that he was at all times in compliance with all rules, regulations and laws, and had the necessary permits required by Zimbabwe."

The Zimbabwe government said no charges have been sought against Seski, though an investigation is continuing. The owner of the land where the lion hunt took place told The Associated Press on Monday that the required paperwork had been filled out and that the American doctor had acted in good faith.

A life-size mount of a cougar is seen on the wall of North American bow-hunting club Pope &amp; Young's museum in Chatfield, Minnesota July 31, 2015. The Pope &amp; Young Club, a Minnesota-based bowhunting and conservation organization that includes dentist Walter Palmer among its 8000 members, said it was looking into his hunt which killed a locally famous lion in Zimbabwe, though it focuses only on North American big game. The club said its ethical code calls for fair chase of animals, which does not allow the hunter an unfair advantage, and does not condone violations of that code. REUTERS/Eric Miller - RTX1MMTS (Reuters)

Big-game hunting, especially in Africa, has long been romanticized in the U.S., with such historical figures as Roosevelt and literary icon Ernest Hemingway famous for their trips to the continent - and the stuffed trophies they brought home. The romanticism of big-game hunting has waned from the 19th and 20th centuries, when populations of species such as lions went into steep decline. National Geographic reported that the lion population in Africa fell from about 200,000 a century ago to 30,000. In 2013, there were 49 lion trophies exported from Zimbabwe.

Louisiana-based hunter John Jackson, president of Conservation Force, told Reuters the depletion of such animal populations can only be reversed with responsible conservation practices, which he claims include ethical hunting.

A life-size mount of an Alaskan Brown Bear is among a display of 29 species of North American big game animals at North American bow-hunting club Pope &amp; Young's museum in Chatfield, Minnesota July 31, 2015. The Pope &amp; Young Club, a Minnesota-based bowhunting and conservation organization that includes dentist Walter Palmer among its 8000 members, said it was looking into his hunt which killed a locally famous lion in Zimbabwe, though it focuses only on North American big game. The club said its ethical code calls for fair chase of animals, which does not allow the hunter an unfair advantage, and does not condone violations of that code. REUTERS/Eric Miller - RTX1MMTI (Reuters)

“Most lion habitat in Africa, including Zimbabwe, is in hunting areas,” he told the news agency. “If you eliminate hunting, you eliminate most lions, as well as anti-poaching revenue. We fully expect that it will lead to the loss of half the lions in Africa.”