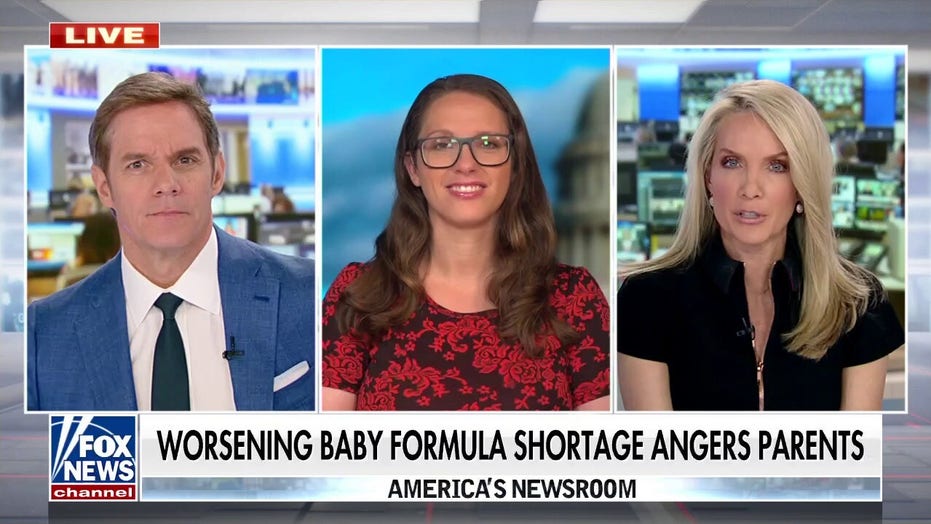 Jean-Pierre made the statement during a press gaggle aboard Air Force One on Wednesday. Americans have faced severe shortages of baby formula in recent weeks, with nationwide supply decreasing 40% since April.

BABY FORMULA SHORTAGE SENDS TENNESSEE MOM OF 8-MONTH-OLD INTO A ‘PANIC’: ‘I BROKE DOWN’

"About baby formula, there's been severe shortages across the country for many weeks and months, but particularly the last couple weeks. What is the administration doing – what can you do?" a reporter asked.

"That's something certainly we've been tracking. Ensuring that infant formula is safe and available for families across the country is a top priority to the White House," Jean-Pierre said.

Jean-Pierre also addressed the Abbott Laboratories' recall of its baby formula product that has exacerbated the shortage, saying the White House is working "24/7" to address the issue.

She went on to say that parents should be able to find "general powdered" infant formula in stores.

Republicans on Capitol Hill have criticized the Biden administration for a lack of action on the baby formula issue. House Republican Conference Chair Elise Stefanik, R-N.Y., and Rep. Ashley Hinson, R-Iowa demanded to know the administration's plan in a letter to FDA Commissioner Robert Califf on Tuesday.

"We write today to express great concern with the ongoing shortage of infant formula across the United States," they wrote. "As moms ourselves, we know the stress this is causing in so many households."

"This has caused panic in communities across the country, as popular stores turn to rationing formula to make their stock last. Parents should never be in a position of not knowing where to procure formula for their babies. Frankly, these empty shelves are unacceptable. Families deserve better," the letter continued.