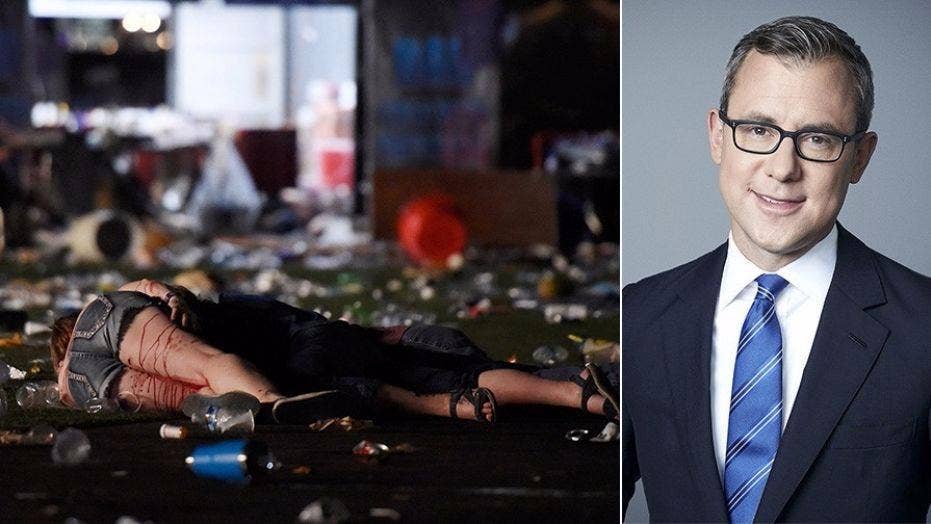 CNN reporter suggests President Trump visiting Las Vegas after massacre because he has supporters there.

“A lot of these country music supporters are likely Trump supporters,” Zeleny said on air. “This is something, of course, hitting the tapestry of all Americans and there are going to be victims from across the country here.”

Zeleny didn’t elaborate on what he meant, but it’s safe to wonder if he thinks most country music fans are white. After all, this is the same CNN reporter who said Trump’s July trip to Poland included a “white America” speech.

“Thousands of thousands of people were waving American flags and Polish flags, but this is not a speech he could have given, really, anyplace else. This was a white America, America first kind of speech,” Zeleny said last summer after the Warsaw speech. “He was offering a very stark view, actually, about, you know, migration, immigration, about other things. It wasn’t a modern-day speech, if you will. It was sort of a throwback speech.”

A gunman opened fire at the Route 91 Harvest Music Festival in Las Vegas late Sunday night, killing at least 59 people and sending more than 500 others to hospitals in what is now the deadliest mass shooting in modern U.S. history.

Media Research Center Vice President Dan Gainor said that a reporter wouldn’t be able to get away with assuming a group of predominantly African-American concertgoers supported a specific candidate.

“A reporter who made inferences about people of color would probably be accused of stereotyping,” Gainor told Fox News. “The backlash is always more severe about anything the left doesn't like.”

Zeleny wasn’t the only person to whip out stereotypes following the tragic event. CBS parted ways with one of the company’s top lawyers after she said she was “not even sympathetic” to victims of the Las Vegas shooting because “country music fans often are Republican.”

Back in 2009, Zeleny famously asked President Obama what had "enchanted" him about occupying the White House. The clip is now frequently used when political watchdogs compare the way the mainstream media treated Obama compared to how Trump is treated.

Zeleny has also been criticized for declaring that Trump had little “empathy” for victims of Hurricane Harvey,  and was accused of lying by former GOP-presidential hopeful Rick Santorum.

He was even called  “pathetic” and a “wannabe journalist” by Trump himself during a November Twitter tirade.

CNN did not respond to Fox News’ request for comment.