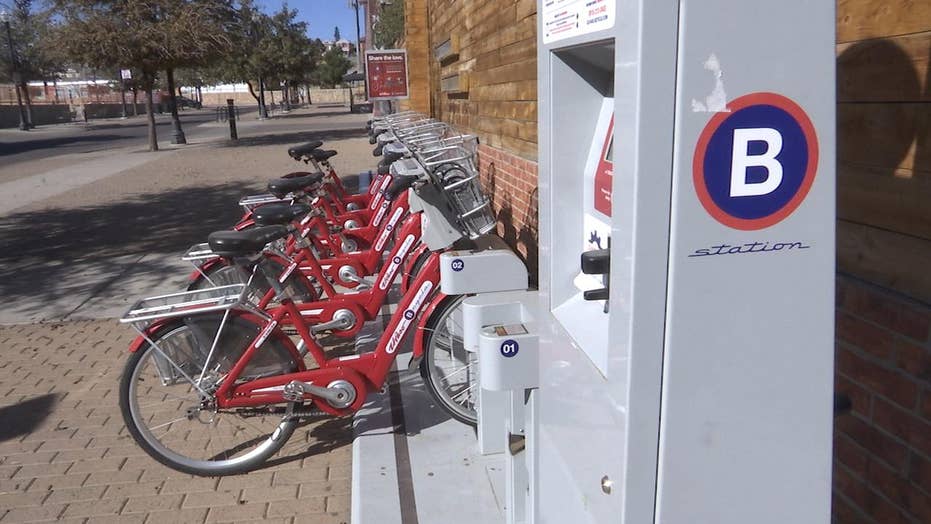 El Paso city planners are developing a bi-national bike share system that would allow riders to leave and take bikes from either side of the border.

Around the world, cities have embraced bike-sharing programs such as Citibike, Zagster and BCycle as an alternative way to commute. But a new idea in west Texas will allow riders to go country to country.

El Paso, Texas city planners are developing a bike share with Juarez, Mexico. The bikes would be stationed near downtown El Paso, where over 13,000 people cross the border everyday.

“If we were to target the downtown area we think that we’d be able to have people utilize the bicycle if we’re able to provide that accessibility to it,” said Michael Medina, Executive Director of the El Paso Metropolitan Planning Organization.

The international bike share would be very similar to El Paso’s current system, which has bikes available to rent for a single ride, or with monthly and annual memberships. But in addition to the stations in El Paso, the new bike share would have stations to take or leave a bike in Juarez.

Some travelers Fox News spoke with said they would use the bikes.

“It’s just more convenient. Especially if I do go to Juarez and I might just go walking I could just go on a bike,” said Sammantha Davila, while riding a shared bike.

“It saves a lot of time. Sometimes you got to wait for the bus or whatever. Just rent one of those little bikes and it will get you there a lot quicker,” said David Rodriguez, who was carrying shopping bags and walking to cross back into Juarez.

A bike station in downtown El Paso. It's one of 16 stations with total 160 bikes. (Fox News)

But Leo Silva was not interested. He already commutes an hour and a half from Juarez to El Paso for work and thinks a bike would make his travels longer.

“My house is very far to ride a bike all the weekend, so I can’t,” said Silva.

El Paso’s bike share has seen growth in its two years of operation. The city expanded last year from eight stations with 80 bikes to 16 stations with 160 bikes.There were 12,000 rides the first year, and 18,000 the second year.

The expanded bike share would cost $1 million in public and private funds according to Medina. Organizers hope to sell the idea as a healthy and green way to commute, which they believe will be especially appealing to younger customers.

“It has a lot of economic development potential. It has other features like health, like tourism, that ultimately the entire benefit is to the region,” said Medina.