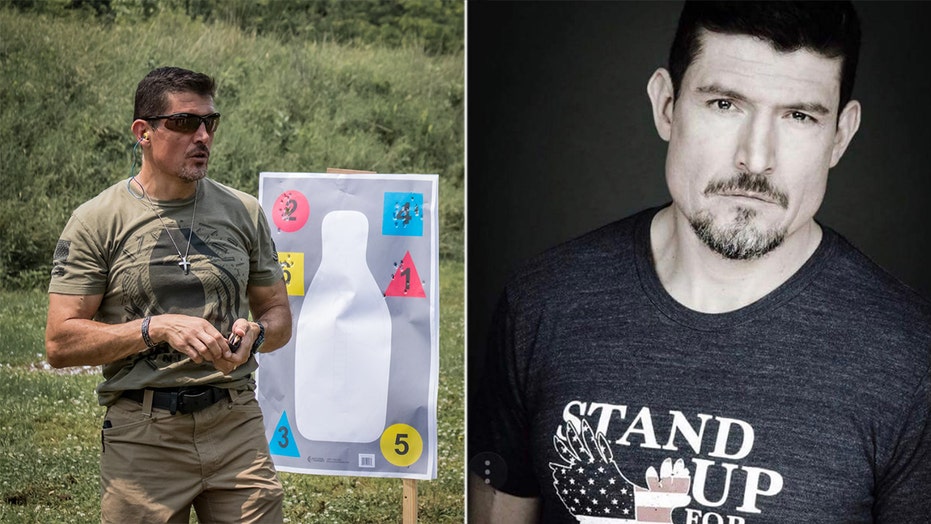 Kris Paronto opens up about his struggles with PTSD on 'The Story.'

It has been seven years since a terrorist attack killed four Americans at the U.S. government compound in Benghazi, Libya.

Despite the loss of four lives, more than 20 others were saved because of the “never quit” attitude of former Army Ranger Kris “Tanto” Paronto and other members of the CIA annex security team who fought the attackers for 13 hours.

Paronto said he wanted to share that lesson, and more, with whoever's willing to listen.

“I still speak quite a bit about lessons learned from Benghazi and other deployments,” he told Fox News. “To me, it really doesn't seem like that long ago; it's still on the forefront of my mind. Looking back, I’ve always thought of it as a heroic time – guys laid their lives on the line, and two of our teammates died saving peoples’ lives.”

Kris "Tanto" Paronto reflects on the seventh anniversary of the Benghazi attacks. (Courtesy of Kris Paronto)

While he's often thought about what happened and the memory of his teammates Doherty and Woods, Paronto says he opted to look for the silver lining rather than stew about what “could” have happened.

He has traveled across the country speaking at various events and to corporate groups, sharing the lessons of Benghazi.

“It’s not just the success of leadership and never giving up, never quitting on yourself in the face of adversity,” Paronto said. “It’s the failures, too.”

However, turning anger and loss into positivity has not been easy.

“It’s now a positive vehicle to help people,” Paronto said of the attack, noting that his views have changed since that day. Paronto had criticized then-Secretary of State Hillary Clinton, slamming what he called her inaction and saying it led to the compound's vulnerability.

An 800-page report that took two years to complete found in 2016 that Clinton and other members of the Obama administration failed to protect the American diplomats at Benghazi. Clinton has claimed there was “no actionable intelligence” to indicate a coordinated attack, but many critics have said she failed to realize the potential risk.

“I still have my views,” Paronto said. “I still support the Second Amendment. I still love God. I still love the flag. I’m still very patriotic. But, I felt like I was becoming the poster child for a group of people that hated everything. I had to stop it.”

Kris "Tanto" Paronto at one of his Battleline Tactical courses. (Courtesy of Kris Paronto)

“We are all Americans," he continued. "I realized I need to try and start helping people with this story and bring people together rather than push them apart.”

While he said he still got “a little angry” sometimes when questioning why his team was “left behind” in Benghazi, those emotions were “fleeting and dissipating because of me realizing I can help people," Paronto said. “It made me happier.”

He added, “Plus, you can’t keep ramming your head against a brick wall.”

The advice he's taught was the “stuff we’ve known for years,” he said, crediting his military training and what he learned from his dad while growing up in west Texas.

“My dad always said, 'If you fall off that horse, son, you get back up on it,'” he recalled. “People have forgotten to get back on the horse.”

Again, a lesson from Benghazi.

“Do we stop fighting because 'Bub' and Tyrone just got blown up? Or, do we keep fighting through that until we come out the other side?” Paronto asked.

“Never quit – it's a common theme with a lot of veterans, and it’s especially true of the Special Operations community," he said. "You just don’t give up, no matter what’s going on or what you’re going through. You take steps forward and eventually, you’ll come out of it,”

“I’m not the strongest person in the room when I talk to groups,” Paronto added. “But, if I can fight through the death of my teammates, watching them die, then you can push on if something in your life is not what you want it to be.”