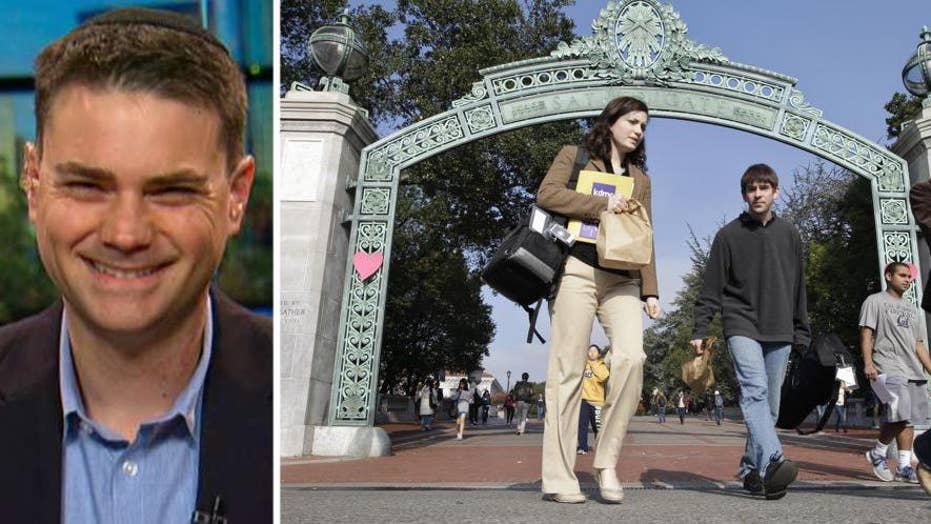 Ben Shapiro gears up for his speech at Berkeley

The left braces for his speech with grief counselors

Conservative commentator Ben Shapiro tweeted a dismissive message to would-be protesters ahead of his appearance at the University of California-Berkeley Thursday night.

"Hey, Berkeley, here is how scared I am of your chalk," Shapiro wrote, before posting a gif of NBA star LeBron James. The Cleveland Cavaliers forward has traditionally tossed talcum powder into the air just before the tip-off of every game, though he has apparently stopped the tradition.

Protesters have marked the sidewalk in front of the building where Shapiro was to speak Thursday with chalk messages accusing him of "hate speech."

Shapiro's event, organized by campus Republicans, is being watched as a warm-up act for later this month when provocative, right-wing speaker Milo Yiannopoulos says he plans to hold a "Free Speech Week" on Berkeley's campus with a 20-person lineup that includes Ann Coulter and Stephen Bannon, Trump's ex-chief strategist and head of Breitbart News. Campus officials say the event is not yet confirmed.

Police will block off the building where Shapiro is scheduled to speak and several other buildings hours before the event starts. Anyone entering the secure zone to pick up tickets must present a photo I.D. Nearby parking lots will be closed.