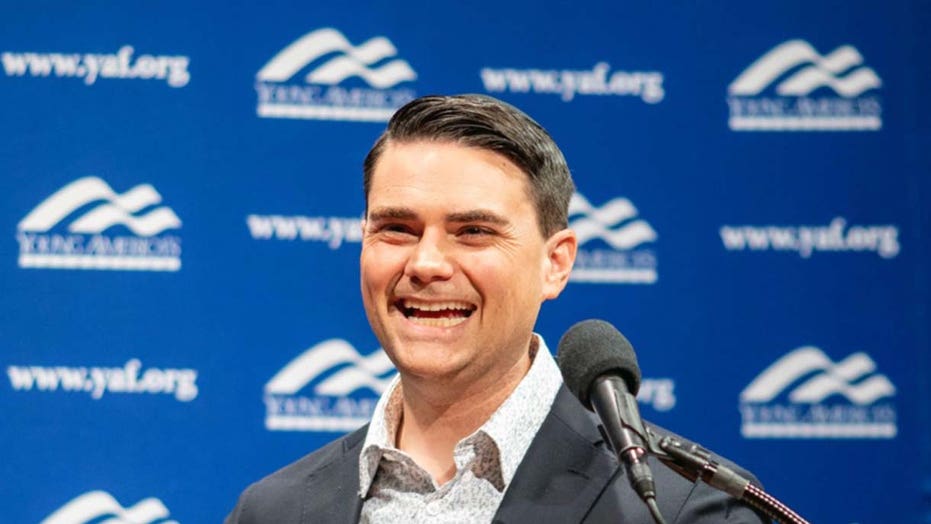 Conservative commentator Ben Shapiro, amidst protest, gave a speech before 1,500 students at Boston University on Wednesday, centered on the idea that “America wasn’t built on slavery, it was built on freedom.”

The idea that America was built on slavery has circulated in recent months since the release of The New York Times’ “1619 Project," built around the 400-year history of the institution in America.

“No aspect of the country that would be formed here has been untouched by the years of slavery that followed,” the Times contends.

Shapiro argued that America was rather built on “eternally good and true principles” rooted in a Judeo-Christian ethic and natural law, but it was the individuals who failed to see them through.

Disturbances broke out multiple times throughout the lecture, first with a group of students who marched in and chanted. Their words were inaudible as the crowd began chanting "USA" to drown them out. Another disruptive student began shouting four separate times during the speech before he was escorted out by police.

"It's important to reject and refute language that emboldens the ideologies of white supremacy," the group wrote.

Shapiro argued that those on the left do not see America as one nation united in principles, culture or language, but rather as “an agglomeration of competing interests, forced together by circumstance and fate, damned to interminable struggle.”

Shapiro said that those who buy into the “revisionist school of historical thought” like to point out that most of the nation's founders were slave owners to illustrate their claim that America was founded on slavery.

He pointed out that while true, slavery was widespread across the globe. He also pointed to founding fathers who voiced opposition to slavery, though in many cases hypocritically, perhaps most well known in the case of Thomas Jefferson who owned many slaves yet said the practice destroys the “morals of the people.”

James Madison, according to Shapiro, wrote “the idea that there could be property in men” would be wrong to place in the Constitution.

Shapiro acknowledged that despite the doubts of the founding fathers, slavery continued to explode in the United States, with some 4 million slaves held by the time of the Civil War.

“But the story of America isn’t a story of unending tolerance for slavery. Far from it. This intransigent backwardness by the slaveholding states led to the bloodiest war in the history of the United States, with over 600,000 killed,” said Shapiro.

And since that point, black Americans have exponentially risen. The black poverty rate fell from 87 percent in 1940 to 47 percent in 1960, as Shapiro pointed out.

“If America was founded on slavery, why then is America, today, so free? Why is Black BU protesting outside this event, free to speak their minds, attending one of the best universities in the country, if slavery is the defining feature of the American experience?”