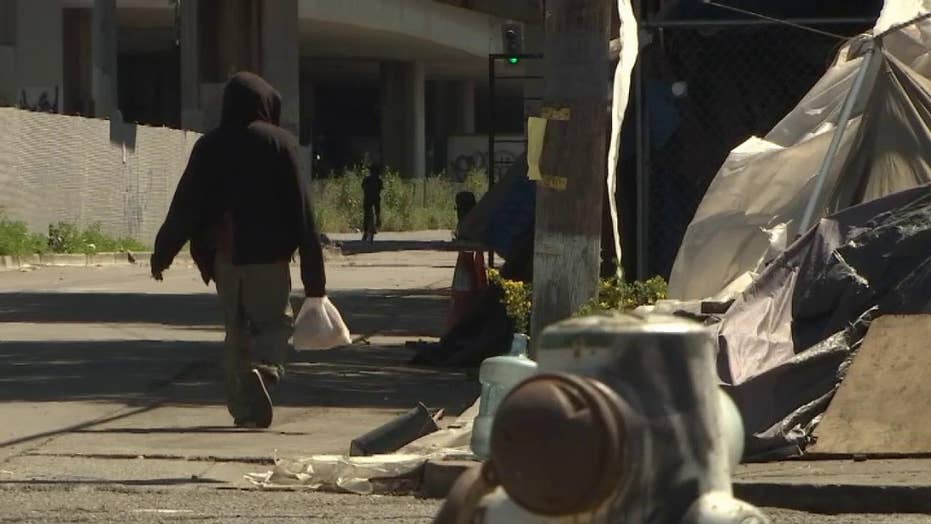 The San Francisco Bay Area has the third-largest homeless population in the nation, behind only New York and Los Angeles, according to a report published Wednesday by a local think tank.

The report by the Bay Area Council Economic Institute found that 28,200 people in the Bay Area are "experiencing homelessness," compared to 76,500 in New York and 55,200 in Los Angeles. The report also found that two-thirds of the Bay Area's homeless are unsheltered, living on the streets or in cars. The only metropolitan area with a higher unsheltered percentage is Los Angeles, where 75 percent of the homeless population is unsheltered.

"The absolute size of the Bay Area’s homeless population, combined with the region’s dearth of temporary shelter options and an insufficient supply of supportive housing, desensitizes the public and condemns the homeless to lives of hardship," read the report's executive summary, which also estimated that it would take until 2037 for every homeless person in the Bay Area to receive a bed, given current rates of low-income housing construction and "inflows into homelessness."

The report recommends a regional approach to the problem, with the Bay Area's nine counties and 101 cities sharing resources and collaborating with state authorities to implement a better tracking system for those seeking help.

"The Bay Area's homeless crisis is a regional humanitarian crisis that does not abide traditional local boundaries," Bay Area Council Economic Institute President Micah Weinberg said in a statement. "One city, one county alone cannot solve homelessness, but that's largely how we've been approaching it."

The report also recommends building more low-income housing, putting the cost of building permanent housing for every homeless person in the Bay Area at $12.7 billion.

"We failed at every level to build enough homes. The lack of tending to it over decades has created a tremendous problem," Bay Area Council Executive Director Jim Wunderman told KTVU, adding, "It's like a city of people who are without shelter."