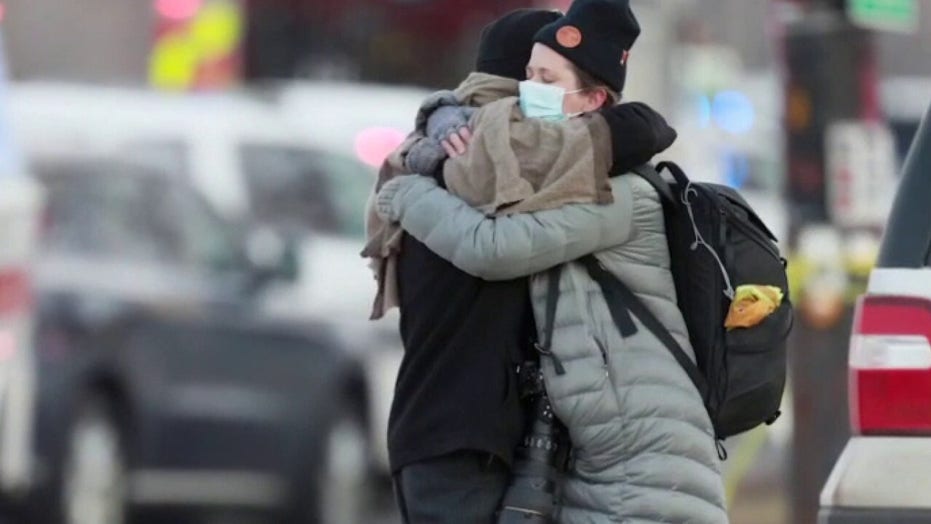 A 20-year-old Starbucks barista who worked inside the Colorado grocery store where 10 people were gunned down Monday said he saw it as his duty to protect his 69-year-old coworker by hiding her underneath trashcans when the gunman entered the store, according to a report.

Logan Smith said the decision to help hide his coworker was "instinctive" after he saw the suspect shoot a customer outside the store. He called 911 and tried to find a safe place for both of them, according to FOX 31 in Denver.

"I knew since she is my elder, as she is older than me, I must protect her over myself and so, instinctively, I pushed her into a corner, covered her with trash cans and then tried to find a place for myself," Smith said.

He said he hid in a trash can – at taller than 6 feet his head was visible – and waited as the gunman stood just feet from the counter then made his way through the store.

COLORADO COP KILLED IN BOULDER SHOOTING GAVE UP LUCRATIVE CAREER TO BE AN OFFICER: 'HE JUST WANTED TO SERVE'

Bouquets line a fence put up around the parking lot where a mass shooting took place the day before in a King Soopers grocery store, Tuesday, March 23, 2021, in Boulder, Colo. (AP Photo/David Zalubowski)

He said he never heard the suspect say a word. It was just "silence and the store music" until police arrived.

Smith also refuses to call himself a hero and said "if anyone was going to die, it was me before my customers, before my coworkers," noting he signed a paper when he was hired that "the customers are first."

"I’ll put my life underneath their lives," he told FOX 31.

Still, he stressed the real heroes are the police officers who responded to the call. "I believe the officer that was shot at the entrance, he is the biggest hero of it all."

Boulder Police Officer Eric Talley, 51, was the first officer to arrive on the scene and was among the 10 killed.

"Having lost three best friends yesterday puts it into perspective of the lives of other families and I am with you and thoughts and prayers," he said.