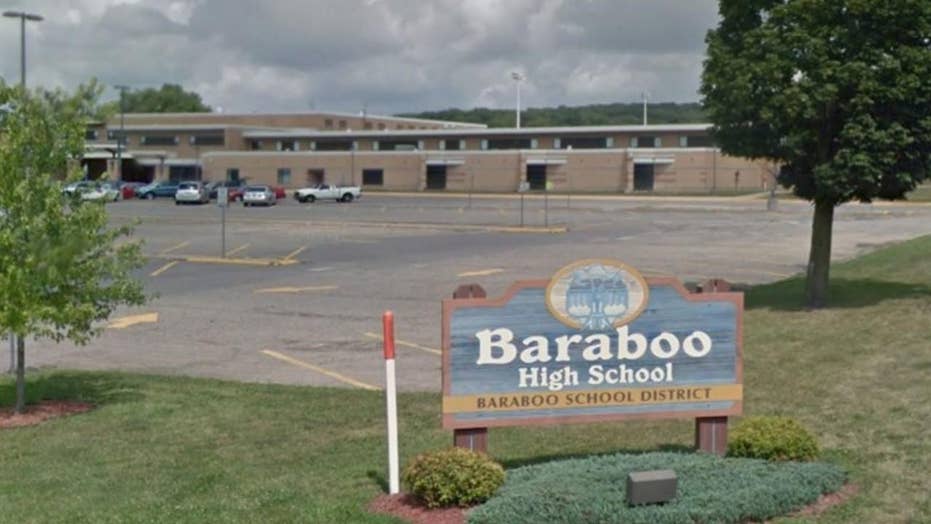 The controversial image was taken in the spring, the Baraboo School District said, and it began circulating on the Internet on Monday after it was posted on a Twitter account that's since gone private.

“The photo of students posted to #BarabooProud is not reflective of the educational values and beliefs of the School District of Baraboo,” Superintendent Lori Mueller said. “The District will pursue any and all available and appropriate actions, including legal, to address.”1

The Baraboo Police Department said Monday it was "aware of a controversial photo of a group of high school students that has been posted to social media.

"Officers are assisting the Baraboo School District with their investigation into this matter," it said on Facebook.

In a letter sent home to parents Monday, the district said the image was "not taken on school property or at a school-sponsored event."

The Auschwitz-Birkenau Memorial and Museum blasted the district and students over the image, saying in a tweet that “If @barabooSD wishes to know more about what can be the extreme result of normalization of hatred…please see some online lessons dedicated to the history of Auschwitz.”