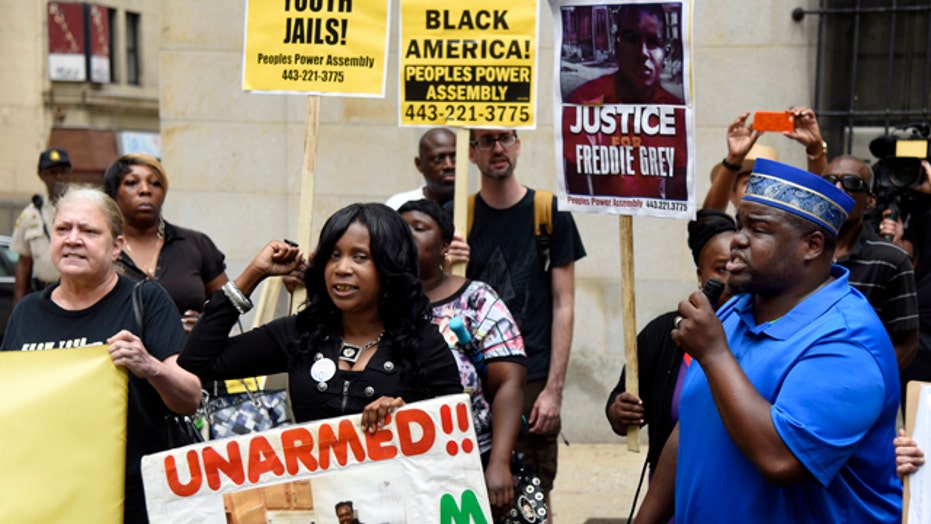 Baltimore to pay family $6.4 million to settle the case

BALTIMORE, Md. – Baltimore has recorded its 300th homicide of the year.

Police Commissioner Kevin Davis said in a statement Saturday evening that it was a "sad homicide milestone." He said that "it's important to pause and vow to continue our collective fight to find a better path forward."

The 300th victim was a 27-year-old man who was stabbed multiple times Saturday and later died. It's the first time since 1999 that the city has recorded 300 homicides. In 2014, the city saw 211 killings for the year. Baltimore crossed the 200 death mark in August.

"This challenging moment shall pass if we reject blame and embrace the hope, dreams, and promise of a great American city. Baltimore will win again, 2015 will not define us, and the nation will once again see our City for the determination that has long defined us," Davis said.

The homicide rate in Baltimore began to skyrocket in May following a period of civil unrest after the death of Freddie Gray, a black man who died from injuries suffered in police custody. The city saw 42 homicides in that month. There was a brief dip in June, with 29 killings, however the number shot up again in July, when the city recorded 45 homicides. It was the single bloodiest month since 1972.