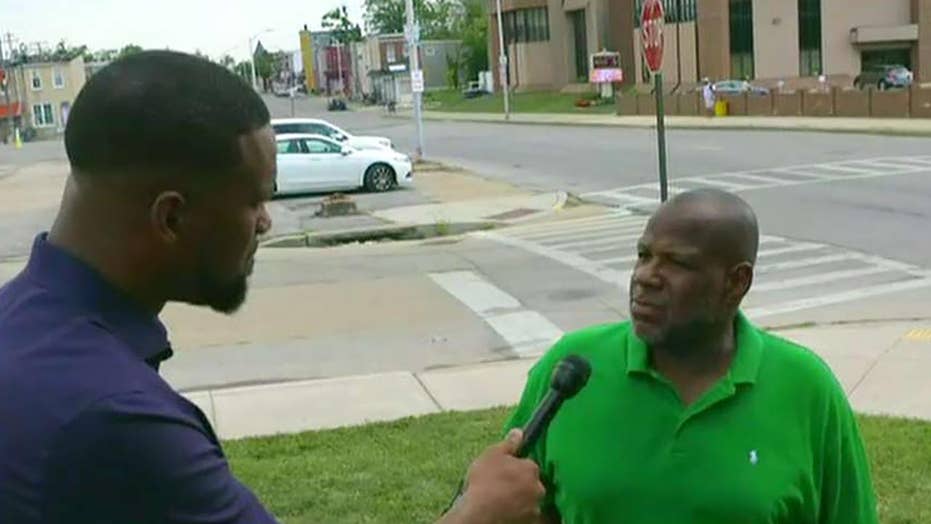 Baltimore’s police commissioner is pushing back Wednesday after a group representing local cops tore into his plan to overhaul the city’s police department.

Michael Harrison’s vision, outlined in a 25-page document released earlier this month, asks patrol officers to respond to “emergency calls for service” in ten minutes or less and to work on “community engagement activity” and other “proactive efforts” the commissioner believes can, in the long run, reduce crime, amongst other goals.

Sgt. Mike Mancuso of the Fraternal Order of Police’s Baltimore City Lodge #3 ripped the plan Tuesday, however, calling it “untenable” and arguing there “are not enough officers to even respond to the [current] number of calls to 911.” He also said the department is “500 Police Officers short of the number required for effectiveness."

Baltimore Police Commissioner Michael Harrison, center, and Capt. Donald Diehl look on as the department makes public portions of footage from the body camera worn by Sgt. Billy Shiflett, who was shot while responding to an active shooter call at Baltimore addiction clinic at a news conference, on July 23. (AP)

But Harrison, in a response released shortly afterward, said the department is in the process of staffing up.

“One of my highest priorities as Commissioner is making BPD a better place to work,” he said in a statement obtained by Fox News. “To that end, as the plans clearly explain, we are launching numerous new initiatives, including a renewed focus on recruitment and retention to increase the number of officers on the street; improving technology and applying smart deployment strategies to reduce officers' workloads; and improving working conditions to increase officer morale."

Harrison says Baltimore’s mayor, its City Council, politicians at the local and national levels and “policing organizations comprised of current and former police chiefs and law enforcement experts” all are supportive of the plan.

The city of Baltimore has been in the national spotlight over the past week as President Trump has been locked in a feud with Rep. Elijah Cummings, D-Md., over perceived safety concerns in his district.