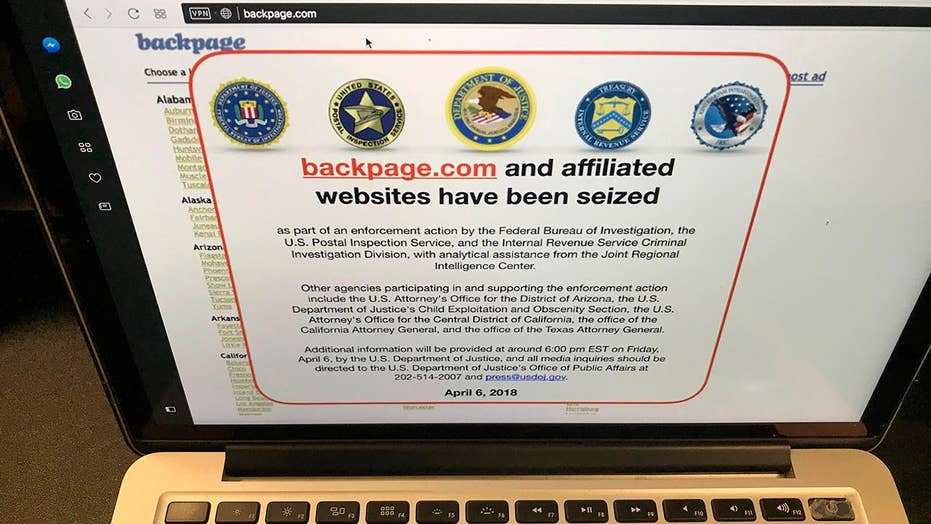 According to court paperwork, the company provided guidance to employees on how to moderate ads to make prostitution ads look more like escort services, adult companionship or other lawful activities.

The chief executive of Backpage.com, a website investigators have described as an “online brothel,” pleaded guilty Thursday to California money-laundering charges, while the company itself pleaded guilty to human trafficking in Texas.

In addition to those pleas, federal prosecutors in Arizona announced Thursday Backpage.com and CEO Carl Ferrer had pleaded guilty to conspiracy charges on April 5.

Under the California plea agreement, Ferrer will cooperate in prosecuting Backpage.com’s creators and will serve no more than five years in state prison. He pleaded guilty to one count of conspiracy and three counts of money laundering in California.

In the Arizona plea, Ferrer acknowledged knowing that a great majority of Backpage.com’s ads were for sex services. He also admitted to conspiring with others at the company to launder the proceeds from such ads after credit card companies and banks refused to do business with the site.

Ferrer also agreed to make the company’s data available to law enforcement as investigations and prosecutions continue. The guilty pleas are the latest in a cascade of developments in the last week against the company founded by the former owners of the Village Voice in New York City, Michael Lacey, 69, and James Larkin, 68.

The company founders were among company officials indicted by a federal grand jury in Arizona, while Ferrer, 57, was noticeably absent from the indictment. The U.S. Justice Department also seized and shut down the website used to prominently advertise escorts and massages, among other services and some goods for sale. Authorities allege the site was often used to traffic underage victims, while company officials said they tried to scrub the website of such ads.

Attorneys for the company and the three men did not respond to multiple telephone and email messages from The Associated Press.

Backpage.com CEO Carl Ferrer is pictured after his arrest on pimping charges in 2016. (Texas Office of the Attorney General.)

“Human trafficking is modern-day slavery, and it is happening in our own backyard,” California Attorney General Xavier Becerra said in a statement announcing the plea deal. “The shutdown of Backpage.com is a tremendous victory for the survivors and their families. And the conviction of CEO Ferrer is a game-changer in combating human trafficking in California, indeed worldwide.”

Larkin remains jailed in Arizona while he awaits a hearing Monday on whether he should be released after pleading not guilty to federal charges alleging he helped publish ads for sexual services. Magistrate Judge Bridget Bade said Thursday that attorneys have agreed on the terms of release, but other details must be ironed out.

Four employees and the site’s founders pleaded not guilty to the federal charges.

But Brown threw out pimping conspiracy and other state charges against Backpage’s operators. Brown ruled that the charges are barred by a federal law protecting free speech that grants immunity to websites posting content from others.

President Donald Trump this week signed a law making it easier to prosecute website operators in the future.

Paxon called Thursday’s pleas “a significant victory in the fight against human trafficking in Texas and around the world.”

Texas state agents raided the Dallas headquarters of Backpage and arrested Ferrer on a California warrant after he arrived at Houston’s Bush Intercontinental Airport on a flight from Amsterdam on Oct. 6, 2016. The Dutch-owned company is incorporated in Delaware, but its principal place of business is in Dallas.