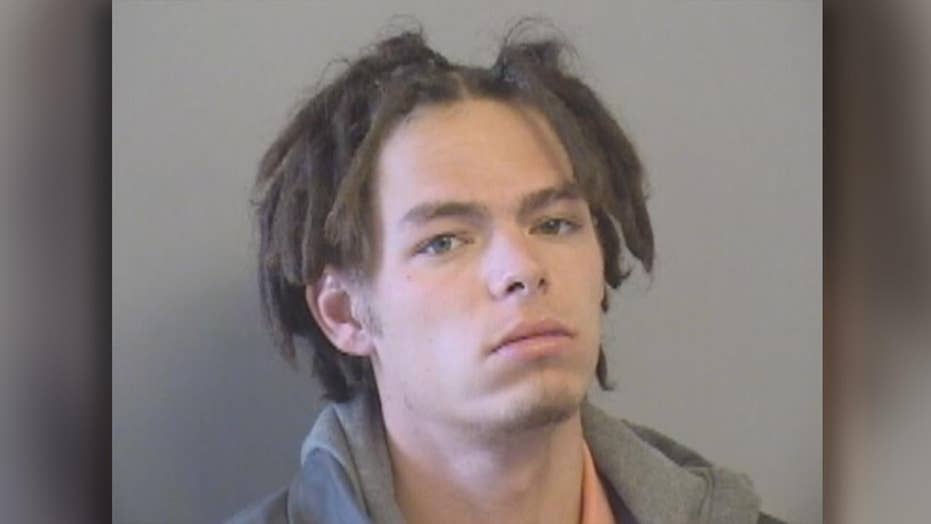 Baby dies after babysitter allegedly threw him against wall

Oklahoma police say man watching girlfriend's baby allegedly slammed the one-year-old against the wall, furniture until he was unconscious and quiet.

A 24-year-old Oklahoma man faces upgraded charges to murder after a toddler died Monday from brutal injuries -- including being slammed into a wall so hard a hole was made -- after the baby would not go to sleep, police said.

Zachary Collins, 24, of Tulsa was originally arrested Saturday on child abuse and neglect after he allegedly threw his girlfriend's baby into furniture until the child was unconscious and quiet while he was babysitting Friday night.

"Children look for adults and parents to take care of them, and in this situation that didn't happen, and it's a tragedy," Tulsa Police Officer Jeanne Mackenzie told FOX 23 News.

Mackenzie said Collins confessed to officers he slammed the child into furniture and beat him after he wouldn't go to sleep.

"At that point he punched the child in the stomach and threw him against the wall so hard that there was a hole," she added.

A man watching his girlfriend's baby allegedly slammed the one-year-old against the wall, furniture until he was unconscious and quiet, police said. (FOX23)

He originally tried to blame another child for the baby's severe injuries, claiming a 3-year-old pushed the toddler off the bed.

Investigators said the injuries were too severe for officers to believe the story, and Collins later admitted he was behind the brutal assault. He also told police he drank a six-pack of beer and a half pint of tequila that night, the Tulsa World reported.

The child was taken to a hospital and was given less than 50 percent chance of survival before dying Monday morning, according to FOX 23.

Collins, who is already involved in a separate domestic assault case, had his charges subsequently upgraded to murder.

Mackenzie told FOX 23 the tragic incident is a reminder for anyone dealing with young children to keep their cool.

"They look up to their parents and their caretakers for protection and safety, and if you can't take care of them and you get frustrated then you need to take a step back," she said.